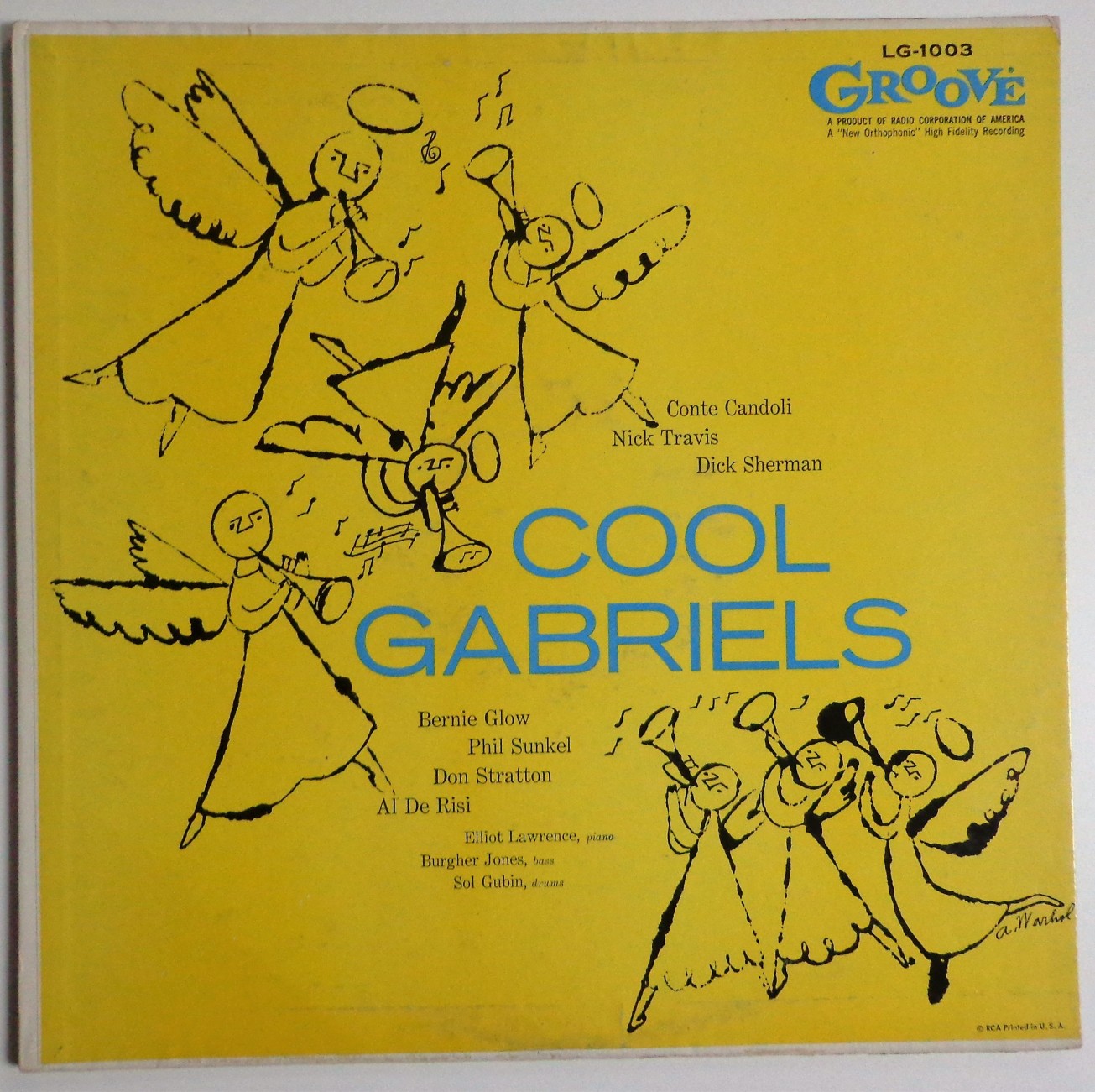 Seven winged angels with sprite faces playing horns. Warhol’s simple design, almost a child’s drawing, delivered a funny and yet powerful cover for the jazz album Cool Gabriels (1956) on Groove, an RCA sub-label. Seven, because there are that many soloists playing trumpets on the album.

Florent Fressier, a Warhol collector and art lover from France, did the mindblowing discovery that the same drawing was also used on a 7″ record in Japan, for a classical release on Victor. I had the pleasure to meet Florent a few times in Montreal and Paris. A few months ago he brought this record to my attention, and recently I was so lucky to find a copy on eBay.

Music on the record are excerpts from Mendelssohn’s Midsummer Night’s Dream: the Wedding March and Scherzo. Orchestra: Wiener Philharmoniker, conductor: Pierre Monteux. Victor ES-8097. More details about the recording in the next post.

It’s quite remarkable Florent has recognized the drawing because of the not so clear design: yellow angels, on a pinkish background. You can hardly see the angels. Kudos, Florent!

I have scanned the picture twice: first normal, and a second time with very high contrast, for a better visibility. The A. Warhol signature is present. The cover itself is housed in a plastic cover.

With the Brazilian Artie Shaw cover in mind, this is the second example that RCA Records gave permission to its overseas branches to re-use (Warhol’s) drawings on other records. In the case of the Japanese single for a different artist, and even a different music genre. 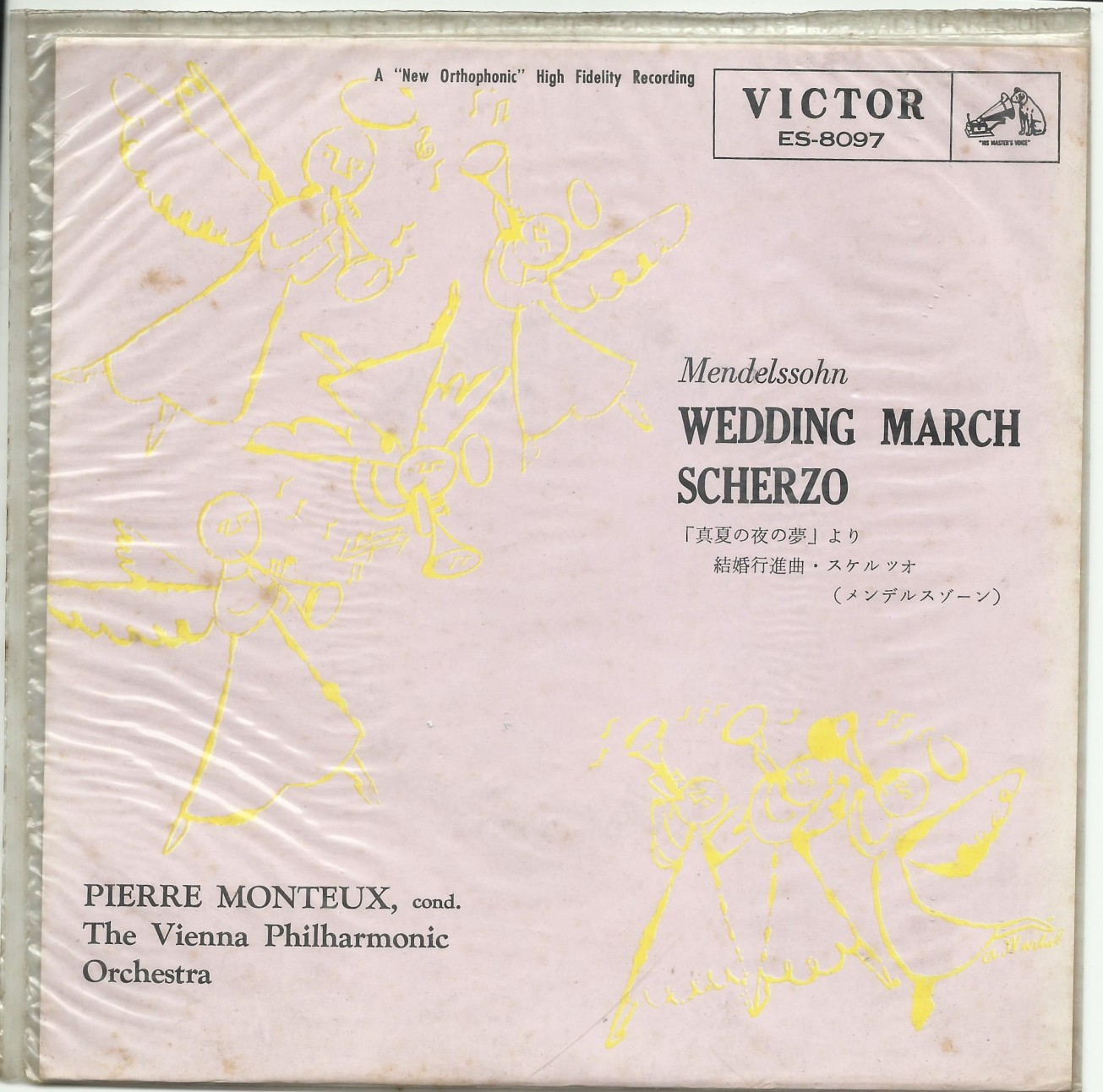 The Japanese Wedding March / Scherzo single: what it actually looks like.

Japanese single cover scanned with high contrasts. Now you can even read the signature, on the right side.