The June 1983 issue of El Gran Musical, a Spanish pop & rock magazine, offers some great color pictures of Andy Warhol at work, making Polaroid shots of singer Miguel Bosé. Warhol was asked to design the cover for Bosé’s new album Made in Spain. I don’t speak Spanish, but with a little help of Google translate, I could figure out that in the interview Bosé doesn’t talk that much about the cooperation with Warhol. In short this is what he says: “The new LP is more of a pop album than the previous albums, that gave us the idea it would be nice if the Pope of pop art would design the cover. However we did not give it much of a chance, we thought it was an illusion and he would say no. We called Warhol’s office and to our surprise the answer was: Yes. It seemed Warhol aleady knew my music and was thrilled, to work with a Latino artist for the very first time.” 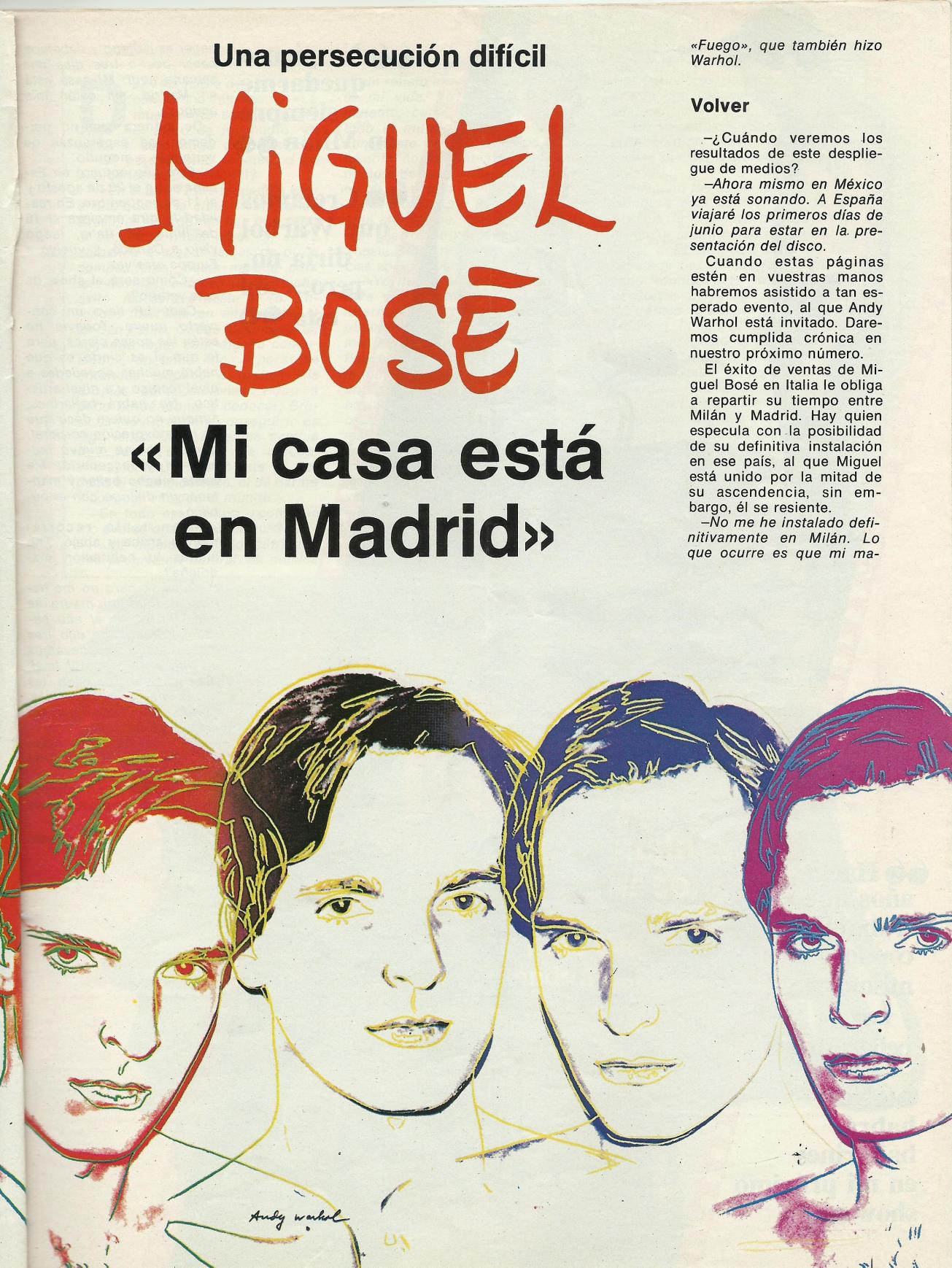 Warhol’s Bosé cover art on the centerfold poster of the El Gran Musical magazine. Picture of The Police at the back.

When asked how many times Bosé has travelled to New York to meet Warhol, he says: twice. “First I went for two days, to work on the map for the album. And later on for about two weeks, to shoot the video for Fuego. The video was also made by Warhol.”
What is very interesting here is that Bosé uses the word ‘carpeta’ (map), and not ‘portado’ (LP cover). This could imply that warhol also was involved in the design of the beautiful hand made promo map that was made for the release of Made in Spain. The map, that closes with a blue ribbon and at the inside is plastified, contained 4 items: a promo copy of the album Made in Spain, promo copies of the single Fuego (7″ and 12″) and a promo booklet. More about the booklet in the next post. 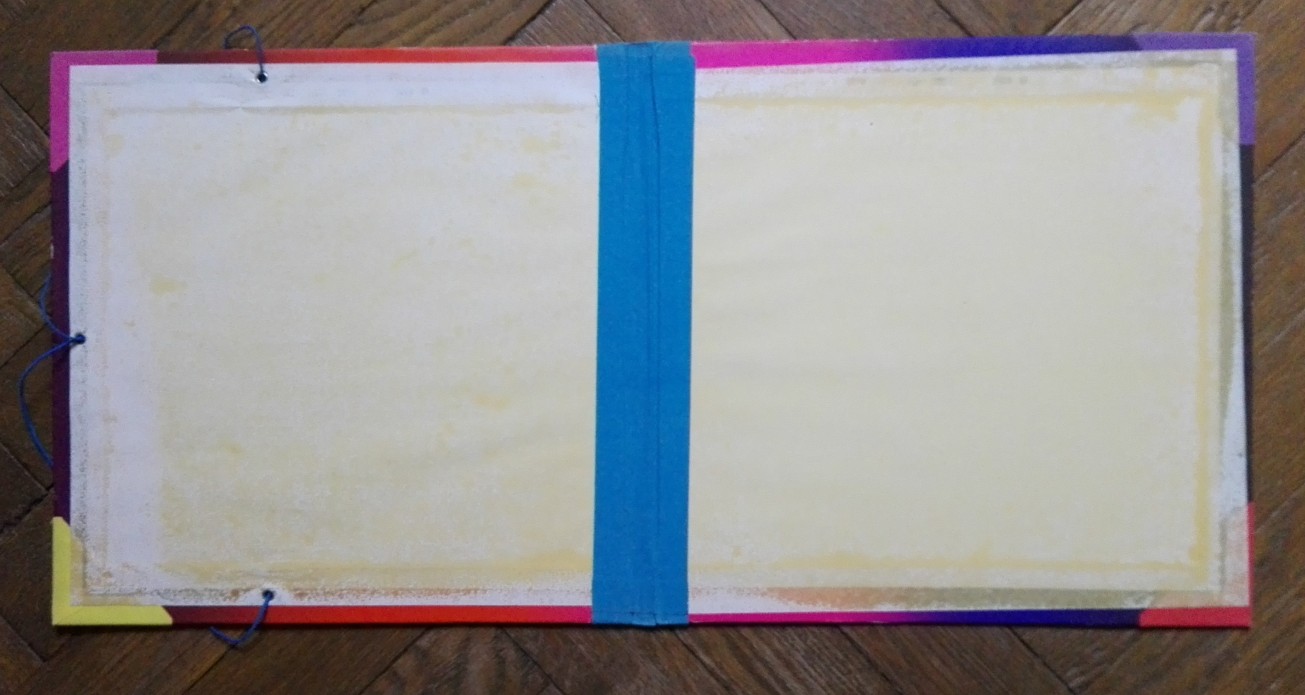 Warhol’s portrait of Miguel Bosé was made well use of. It appears on no less than 4 records: two LP’s (Made in Spain in Spanish, and Milano-Madrid with completely different songs in Italian) and 2 singles (Fuego in Spain, Non siamo soli in Italy). The Fuego-single was even issued in two formats: 7″ and a 12″ ‘Supersingle’. The portrait consists of 5 different poses of Bosé, spread over both front and back cover. The portraits are cut in a sofisticated manner: if you place the albums next to each other, alternating front and back covers, you can create an infinite portrait of Bosé. Doesn’t matter which of the two albums, or the Fuego maxi single, they all match.