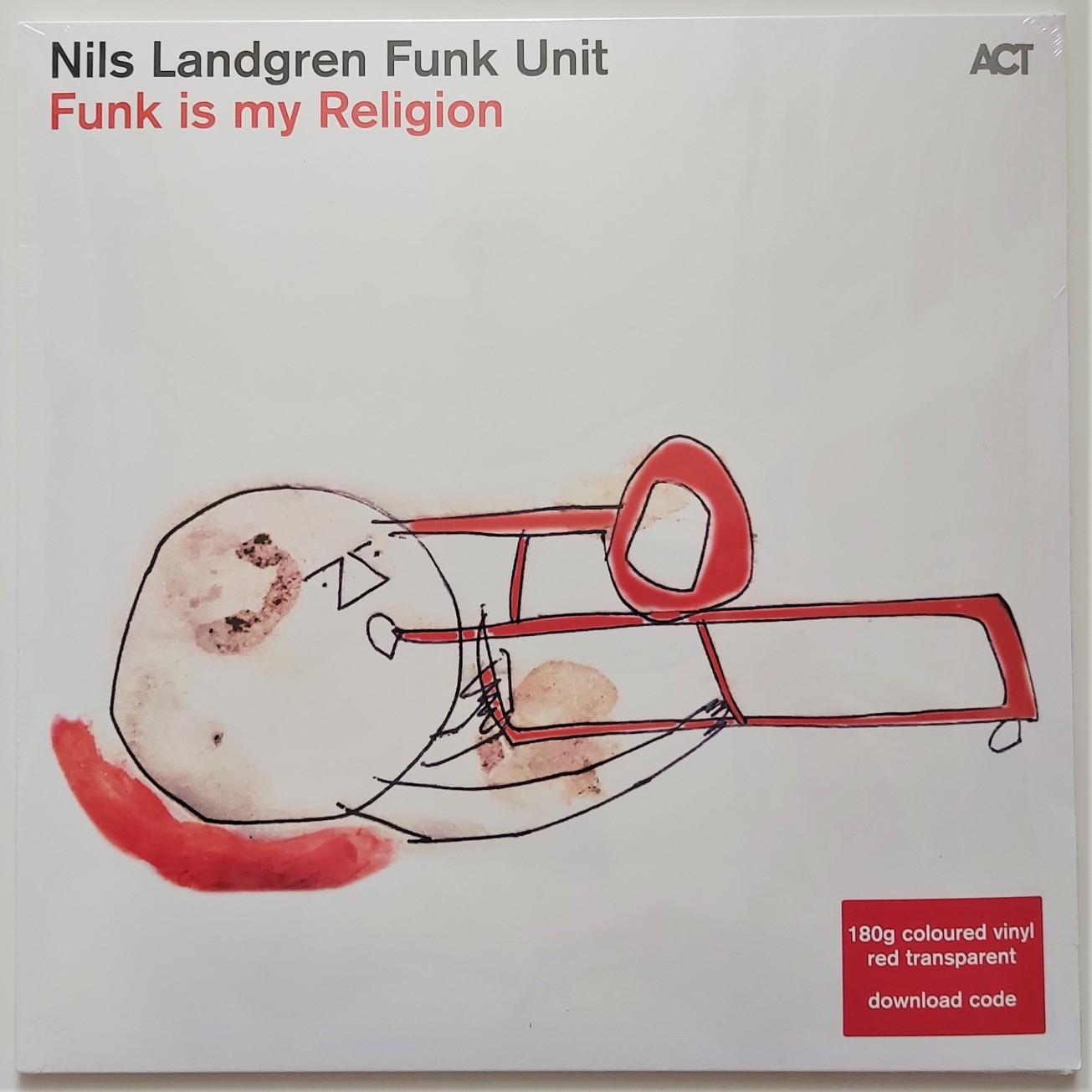 Funk Is My Religion is the title of an album by Swedish funk and jazztrombonist Nils Landgren, released with his band Funk Unit in July of 2021 on the German label ACT. The cover art is credited as “inspired by Andy Warhol (detail)”, but it seems to be a bit more than just inspired.

The drawing of the trombone player on Landgren’s album cover has been borrowed from a never released sketch by Warhol in the 1950’ies, for an imaginary Billie Holiday album “Volume 3”. I have discussed this and three other designs in a blogpost titled Happy 100, Lady Day some years ago. The trombone player at the bottom of Warhol’s drawing has been taken out and enlarged, and the trombone has been coloured red. This refers to Landgren’s nickname “Red Horn”, because of the red Yamaha trombone he usually plays.

Funk Is My Religion has been released on cd, on black vinyl and as a limited edition on beautiful red vinyl that matches the colour of the trombone in the cover drawing.

My friend and fellow collector Richard Forrest has recently made new and improved versions of his four recreated “Warhol” Billie Holiday covers. These are not just scans of the Warhol designs. Richard has drawn, coloured and written all titles by hand. He also wrote his own liner notes, and made a mock (unplayable) cardboard 10″ record with a red Columbia label. Because all tunes mentioned on the cover were recorded by Lady Day in the 1930ies on Columbia sub labels, it could have been Warhol’s aim to deliver a cover for the label he had already worked for before.

Richard’s hand made replica of the Lady Day cover by Warhol, complete with cardboard record.

There could, however, have been another motivation for Warhol to make the Billie Holiday cover designs. The Andy Warhol Museum in Pittsburgh has in its collection one of these designs with some different song titles. Combined, the eight titles on the two drawings are:

Did I remember?
Georgia On My Mind
Romance In The Dark
Night And Day
I’ll Never Be The Same
No Regrets
I’m In A Low Down Groove
They Say

This is the exact songlist of the 10″ record Billie Holiday Volume 1, released on the pirate label Jolly Roger in 1954. Jolly Roger, owned by Dante Bollettino, reissued a lot of compilations of old Columbia 78rpm recordings without permission. Despite their illegal character, these records were quite popular among jazz lovers. It is not impossible Warhol’s ambition with the Holiday drawings was to land a cover design job for Jolly Roger.

There is of course, or as far as I know, no proof for either of the two theories.

Adventures in collecting "modern jazz": the classical music of America from the Fifties and Sixties, and a little Seventies, on original vinyl, on a budget, from England. And writing about it, since 2011. Travelling a little wider nowadays, and at lower cost