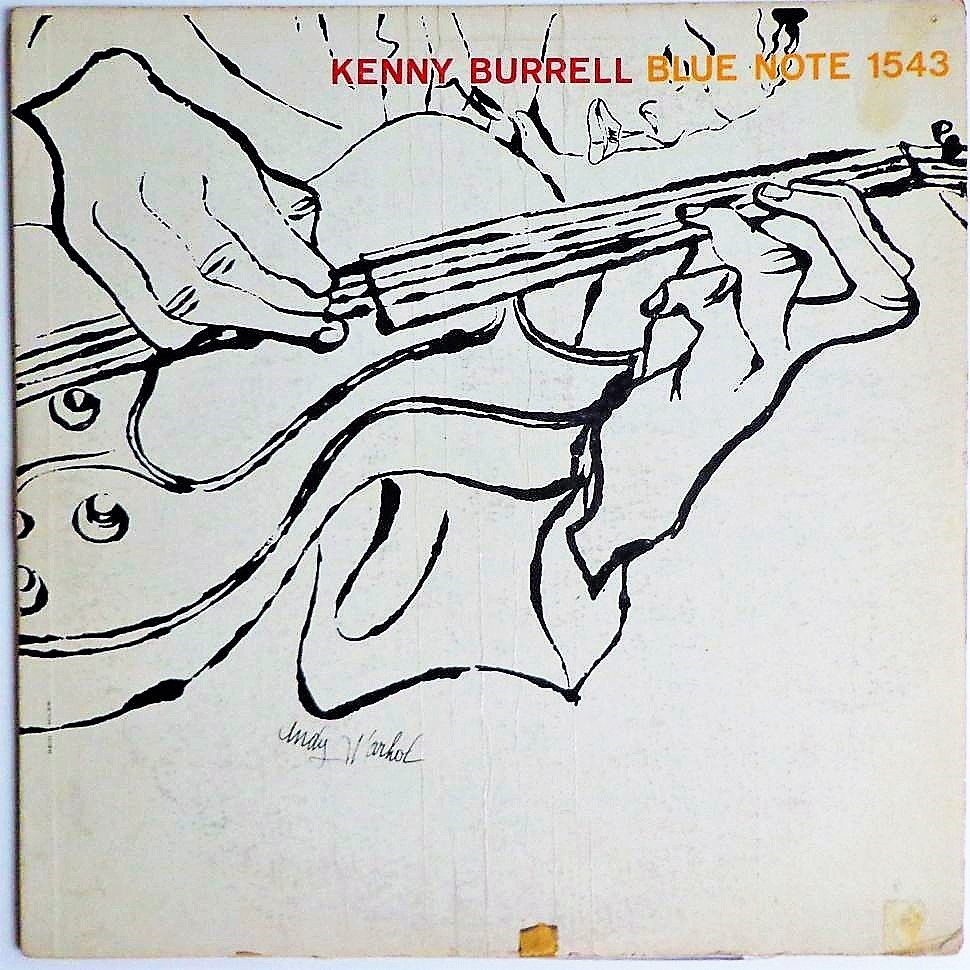 This is the first of six short posts I will write about the great album covers that art director Reid Miles and Andy Warhol created together in 1957 and 1958: three covers for Blue Note Records and three for Prestige Records.

The first one for Blue Note Records was the self-titled album Kenny Burrell, with serial number 1543. Recordings for this album were done in 1956, release was in 1957.

The Blue Note covers with Andy Warhol illustrations are in fact remarkable in two ways: firstly Reid Miles usually worked with the pictures that Francis Wollf – co-founder of the label and a professional photographer – took of the artists during their recording sessions. And secondly on all three Blue Note albums the credits say: Cover Design by ANDY WARHOL and REID MILES. As an equal partnership, Warhol even mentioned first.

I’m not going to tell the history of Blue Note Records or explain Reid Miles’s cover art in depth, it’s so much easier to just watch this 7 minute video and you will get a very good picture.

So, in the total oeuvre of Reid Miles, the albums illustrated by Warhol really are strange ducks in the pond. But brilliant ones.

The album preceding Kenny Burrell 1543 was Introducing Kenny Burrell, Blue Note 1523, released in 1956. This album did have a photo by Francis Wollf of the guitar player on the cover. So probably the idea was to not just repeat that for the new album, but let Andy Warhol do his interpretation of a similar shoot, in his fragile ‘blotted line’ drawing style. Reid Miles gave Warhol a contact sheet to work with, of one of Francis Wolff’s photoshoots of Burrell. This contact sheet is now kept in the archives of the Andy Warhol Museum in Pittsburgh.