Aretha Franklin looks very regal on Warhol’s cover portrait for her album Aretha. A true Queen of Soul. I have never seen the original source picture that Warhol used for the portrait. It is probably a promotional picture delivered for this purpose by Arista records. Unlike for the covers of Paul Anka, Billy Squier or Diana Ross, Warhol does not seem to have made Polaroid pictures of Franklin.

Next to the pencil drawing that was used in the process of making the cover portrait – and that can be found on the inner sleeve of the album – at least three other pencil drawings of Aretha exist. Which proves Warhol also was trying out other possible portraits.  For these three, the original source pictures were used on different Arista albums or singles.

Three pencil drawings in the book Andy Warhol: POPSTARS, catalogue for an exhibition in the Albertina in Vienna, Austria, 2006. Drawing at the left is the one used for the cover portrait of the album.

Three Arista records with pictures of Franklin that obviously were the sources for the three alternative pencil drawings: 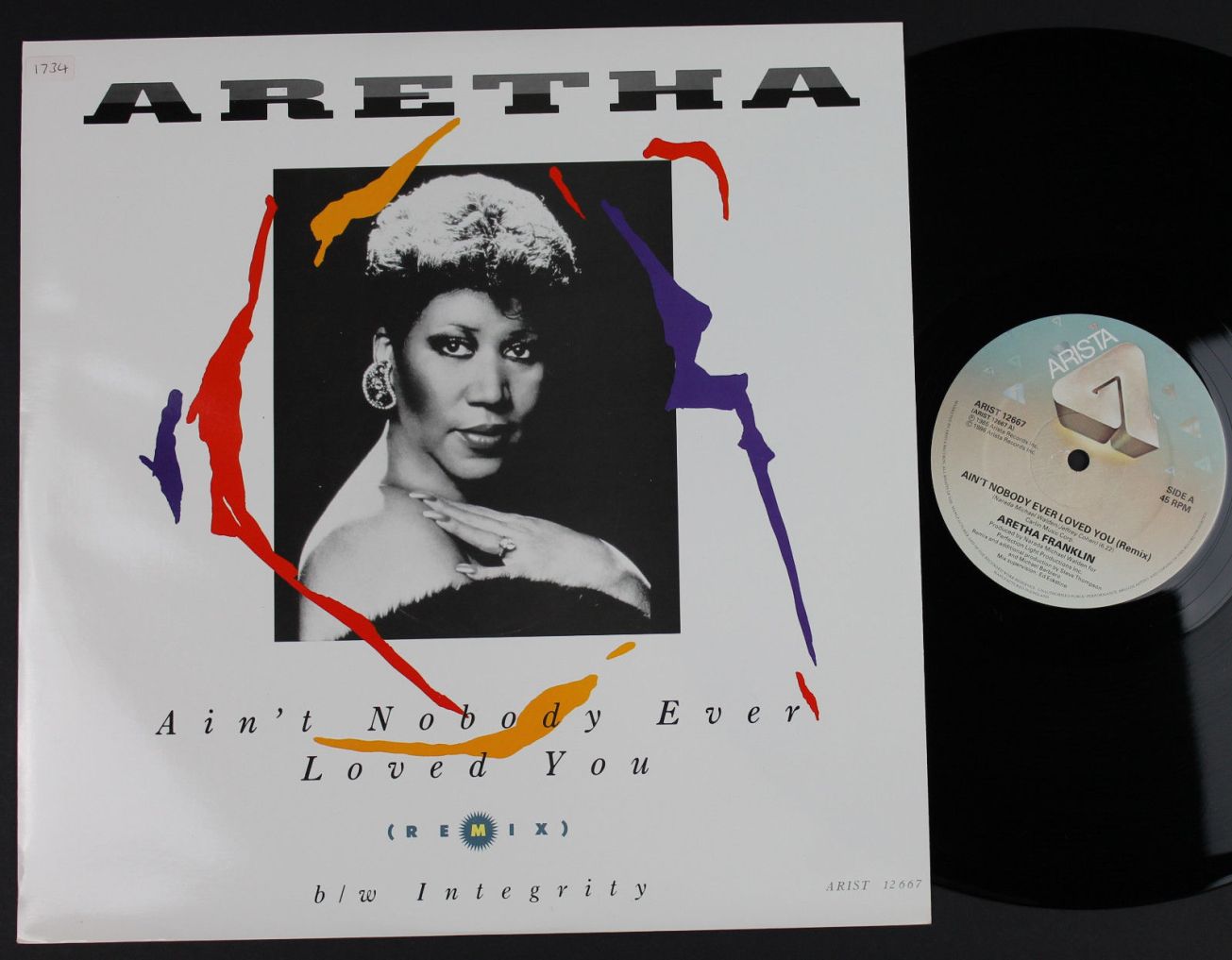 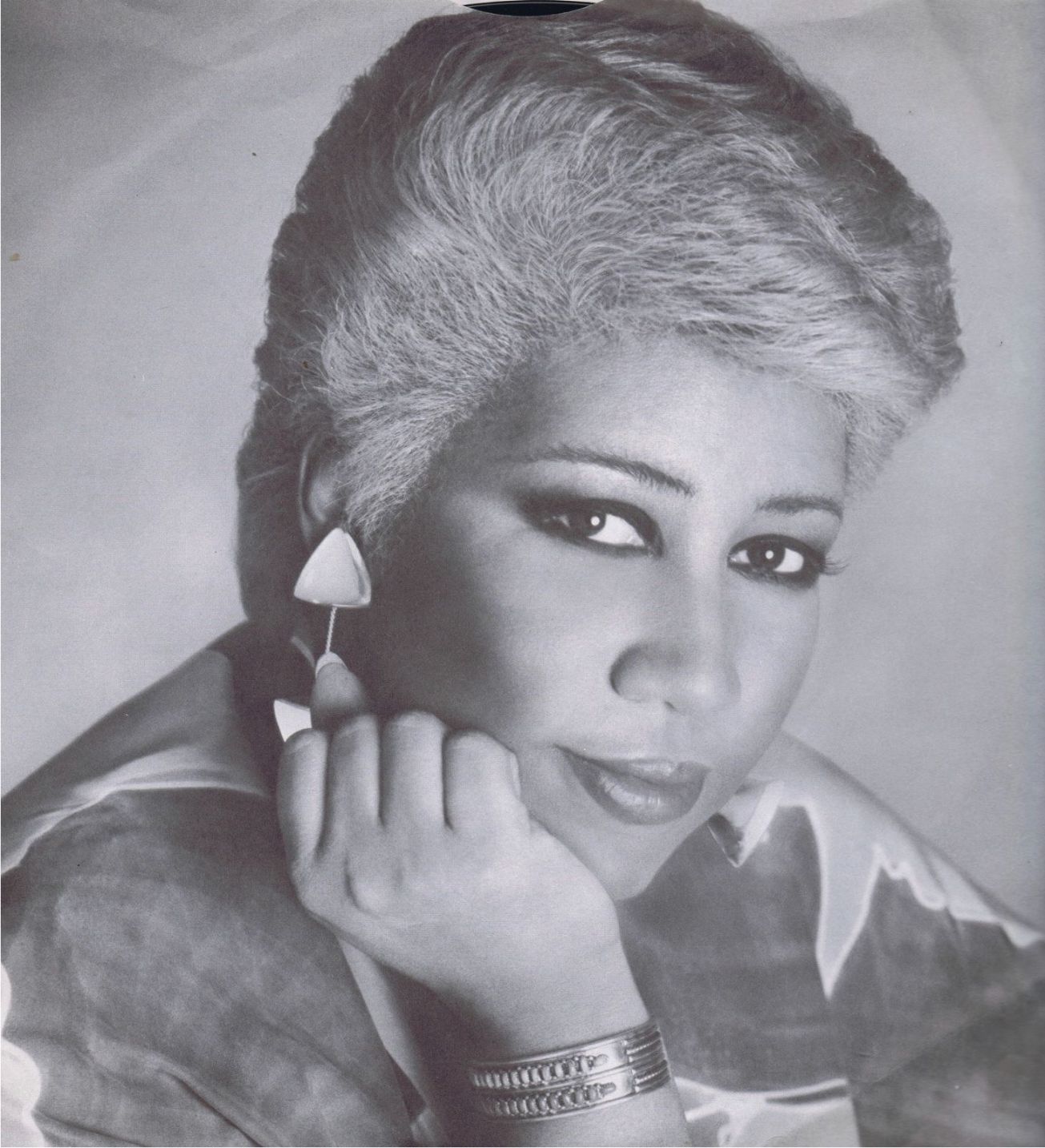 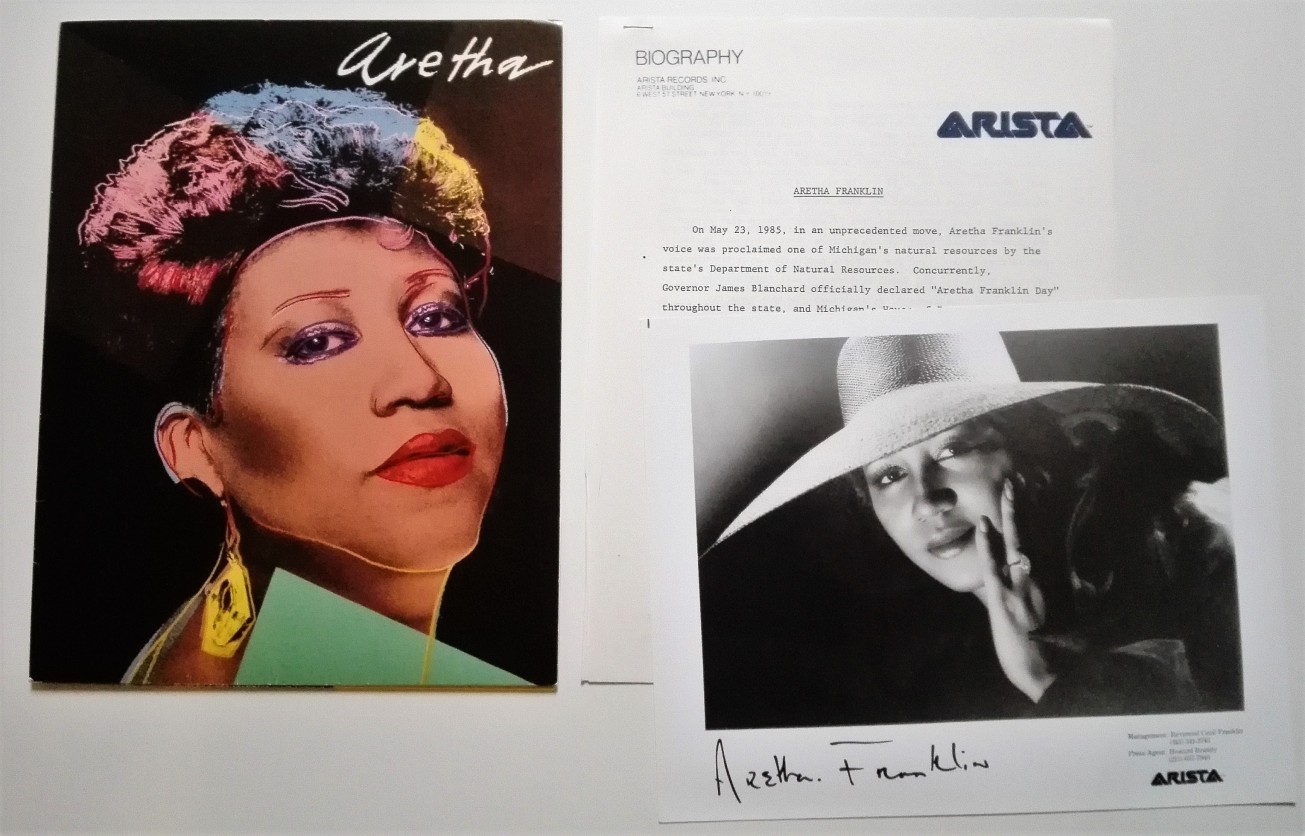 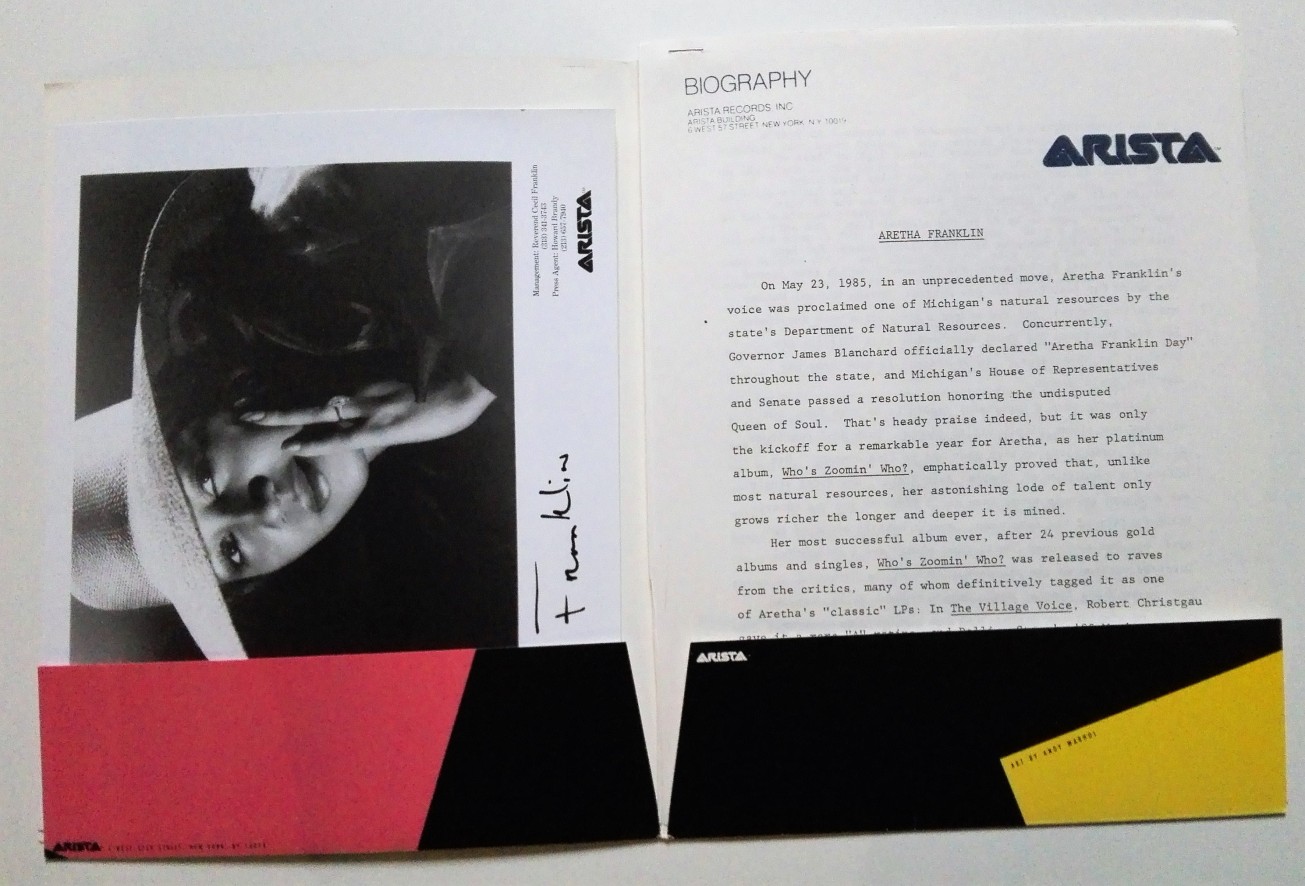 The press folder for the Aretha album – with Warhol cover art – contained a publicity picture of Franklin, but not the one used for the portrait.