A few months ago on eBay a copy of Walter Steding and The Dragon People’s 12″ single The Joke was for sale, accompanied by an original press promo sheet. In an earlier post I wrote about Andy Warhol’s involvement in Steding’s music carreer as a manager. The promo blurb tells exactly that:

“Walter Steding came to us from Zelienople, Pennsylvania. Walter’s first concerts in New York City were held at art galleries where he juxtaposed bio-feedback devices and electric violin. As these concerts became more musical, Walter decided he was ready for the club scene. He then performed at C.B.G.B.’s where he was not only applauded but also got paid. From these club performances he was seen and asked to record an album with Red Star Records with guest appearances by Robert Fripp and Richard Lloyd. Presently Walter is managed by Andy Warhol and has recorded a special 12″ single titled “The Joke”/”Chase The Dragon” produced by Blondie’s Chris Stein.”

Surprisingly, the promo blurb does not mention the fact that The Joke was released on Warhol’s own, brand new label Earhole Productions. 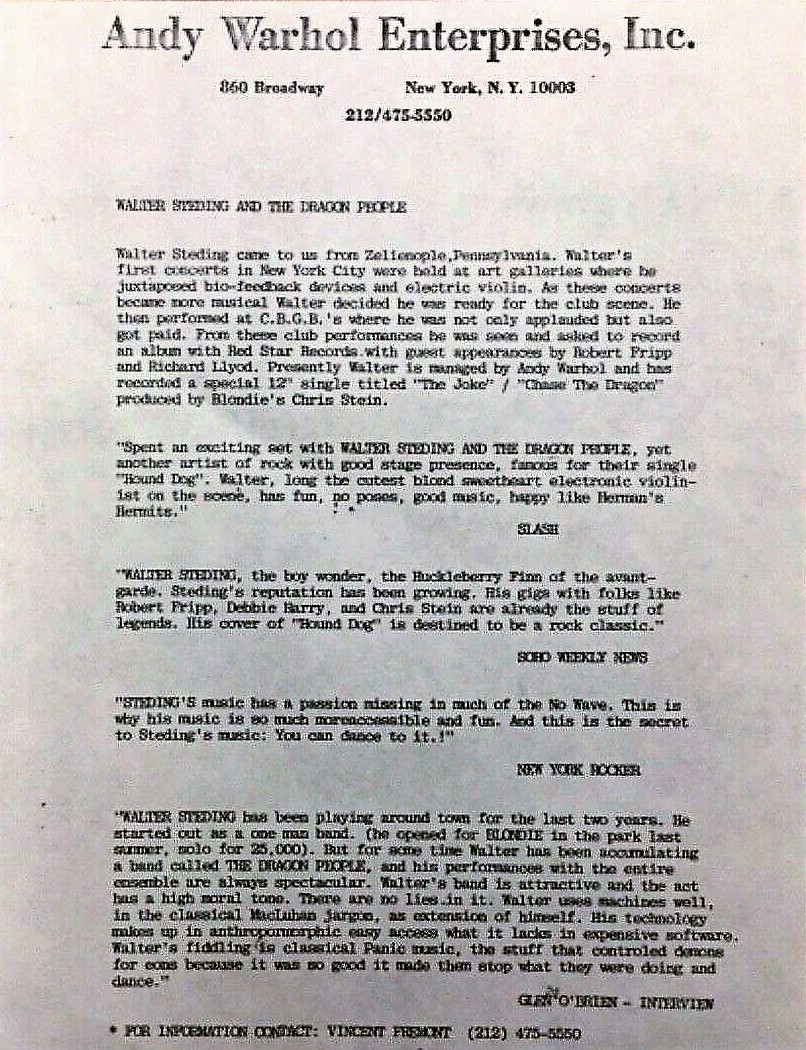 The sheet also contains fragments of reviews in magazines Slash, New York Rocker and Interview, and this one from Soho Weekly News:

“Walter Steding, the boy wonder, the Huckleberry Finn of the avant-garde. Steding’s reputation has been growing. Hid gigs with folks like Robert Fripp, Debbie Harry, and Chris Stein are already the stuff of legends. His cover of Hound Dog is destined to be a rock classic.”

Walter Steding and The Dragon People, The Joke, front cover. 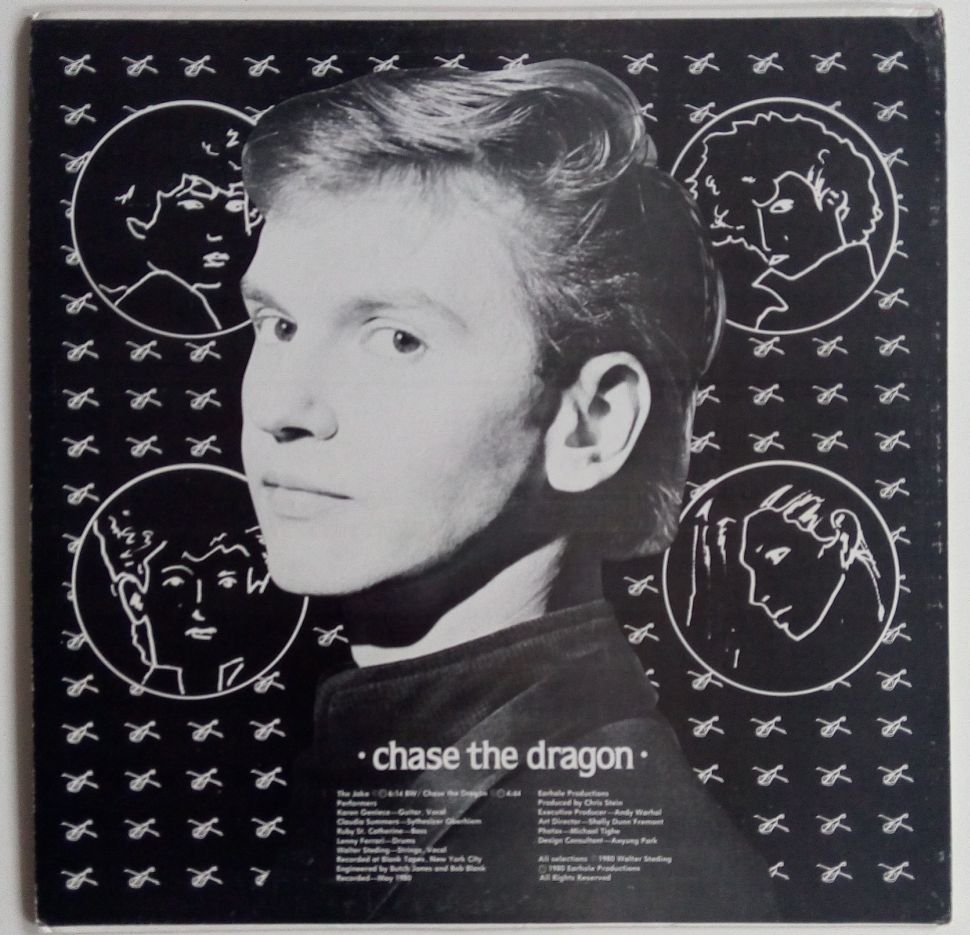 Walter Steding and The Dragon People, The Joke, back cover.

2 thoughts on ““The Huckleberry Finn of the avant-garde””