In my previous post I described how the link between designer S. Neil Fujita as art director for CBS records and Andy Warhol was established, by means of an invoice for an illustration for the Chopin: Nocturnes album. Another album with Warhol cover that we can conclude was most likely ordered by Fujita is Mozart, 4 Divertimenti on the Epic label (LC 3081). On the cover is mentioned that the record was part of the series “Mozart Jubilee Edition, 1956”.

Warhol’s blotted line drawing of an orchestra scene was loosely borrowed from a painting by French impressionist Edgar Degas: L’Orchestre de l’Opéra  (around 1870). This fact was first noticed and brought to my attention by Klaus Knop, a Warhol cover collector and art lover from Germany. Thanks, Klaus! 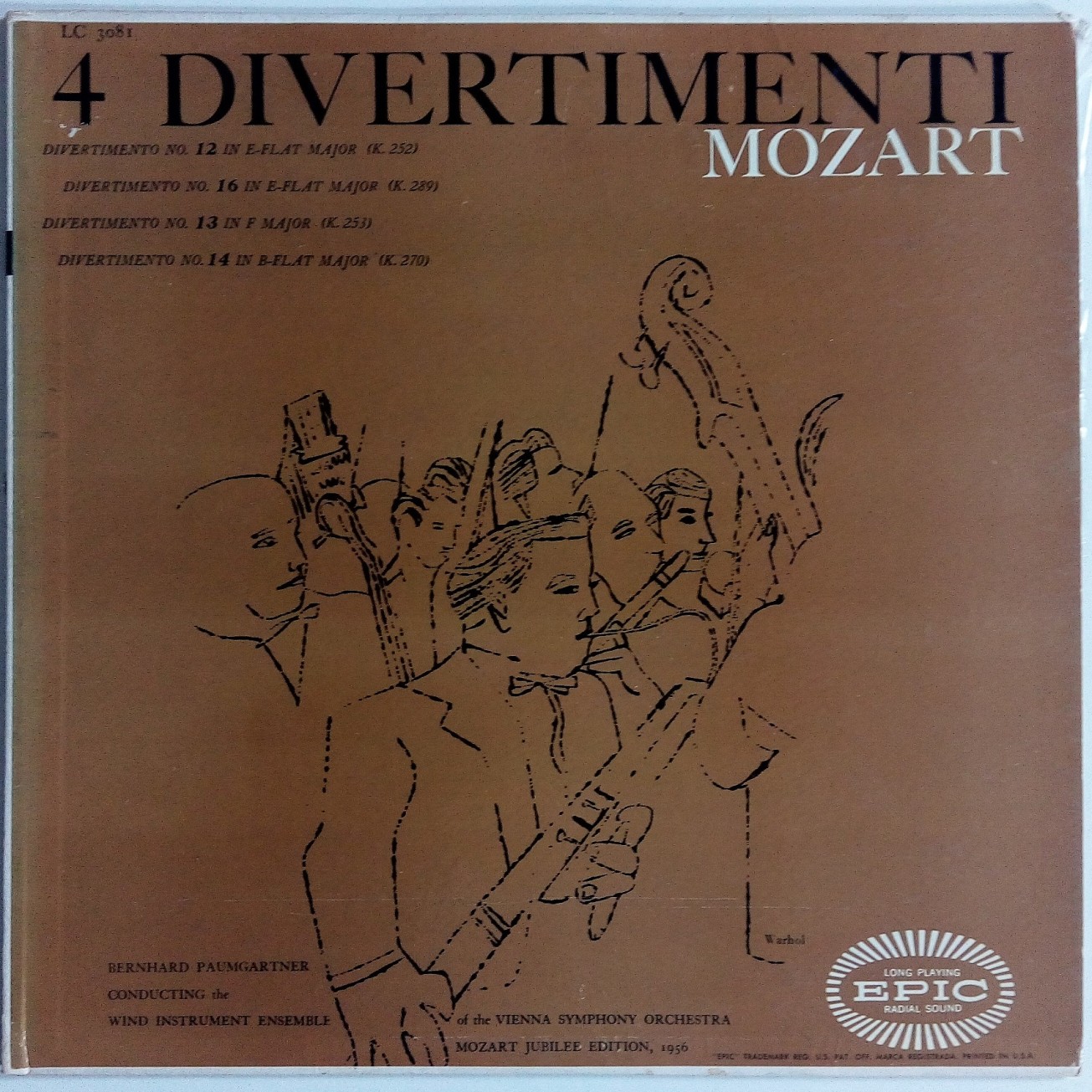 Shortly after the release of 4 Divertimenti, the same Warhol drawing also was chosen by Epic records as promotional illustration for their “Radial Sound. The Philosopher’s Stone of Epic Long Playing Records”.

These generic ads were used on the sturdy inner sleeves of double albums in a slipcase cover. Some examples of classical albums that have an inner sleeve like this are: Chopin: Nocturnes (SC 6007), Bruckner, Schubert symfonies – Van Beinum (SC 6011) and Prokofiev ‎– The Love for Three Oranges (SC 6013). 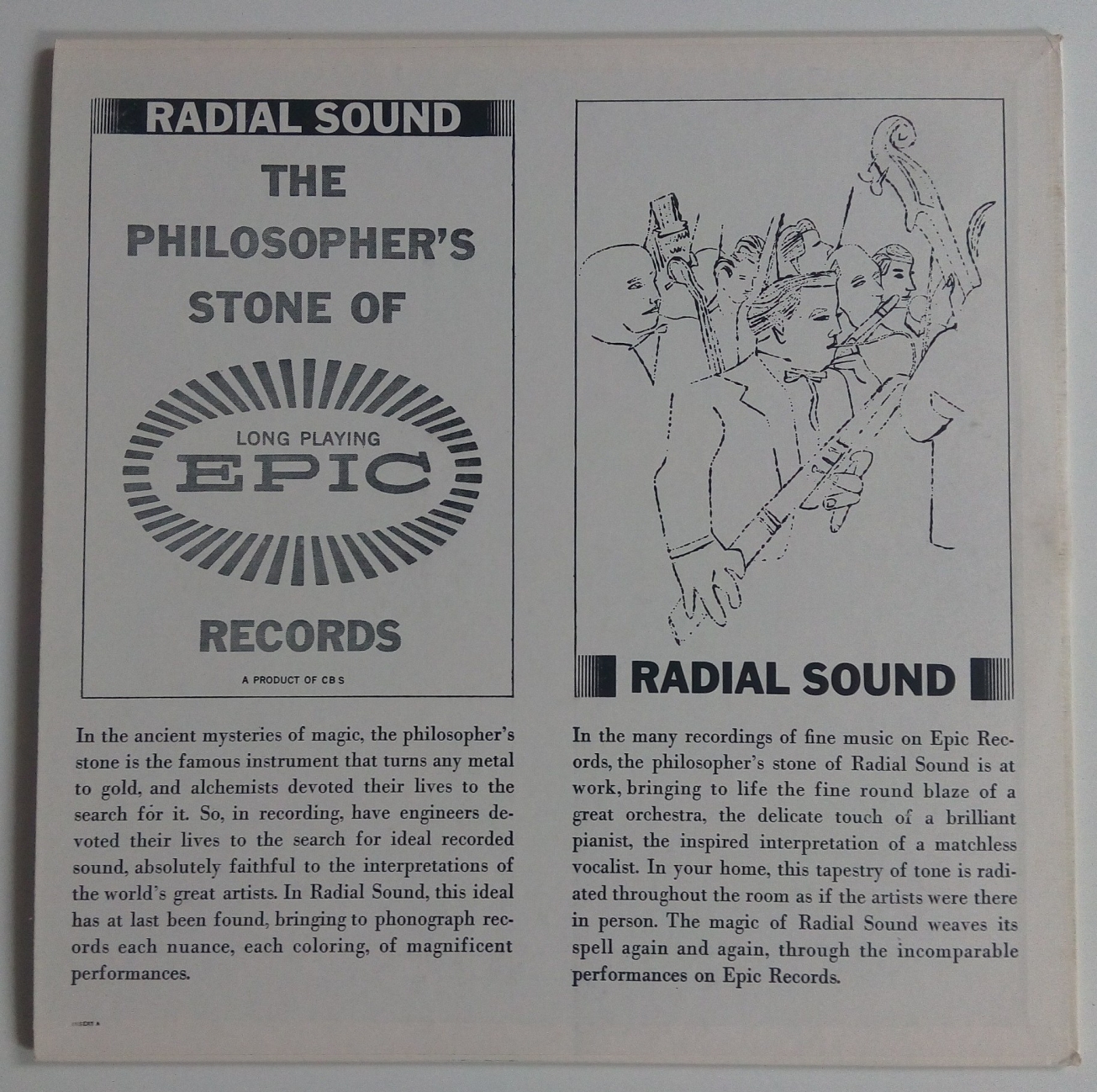 The original Degas painting can be seen in Paris, at the Musée d’Orsay. In fact there will be a special exhibition Degas à l’Opéra at the Md’O, starting September 24th this year, until January 19th, 2020.