For the cover of their iconic 1984 debut album, singer Morrissey of UK indie band The Smiths chose to use a cropped still of Joe Dallessandro from the movie Flesh. This underground flick was produced by Andy Warhol and directed by Paul Morrissey (not related to the singer) in 1968. The album credits state that the picture was used by permission. And this is in fact as far as the Warhol involvement for the design of this album cover stretches: permission to use. Yet this cover, since it was included in Paul Maréchal’s book Andy Warhol: The Complete Commissioned Record Covers, is nowadays widely regarded as a ‘Warhol cover’.

In that respect, it’s funny to note that the film still has been ‘completed’ on the cover of a recently issued bootleg of a Smiths concert: Vinyl Party. Morrissey had only used half of the still for his original album cover, cutting off the tongue-out-of-cheek guy lying next to Joe Dallessandro. The bootleg has this other guy on its front cover, and Dallessandro at the back. So, does this qualify as a Warhol cover?  (For the record: the concert on the bootleg was recorded in The Netherlands, at De Meervaart, Amsterdam, on April 21st, 1984).

German lobby card for the promotion of ‘Flesh’. 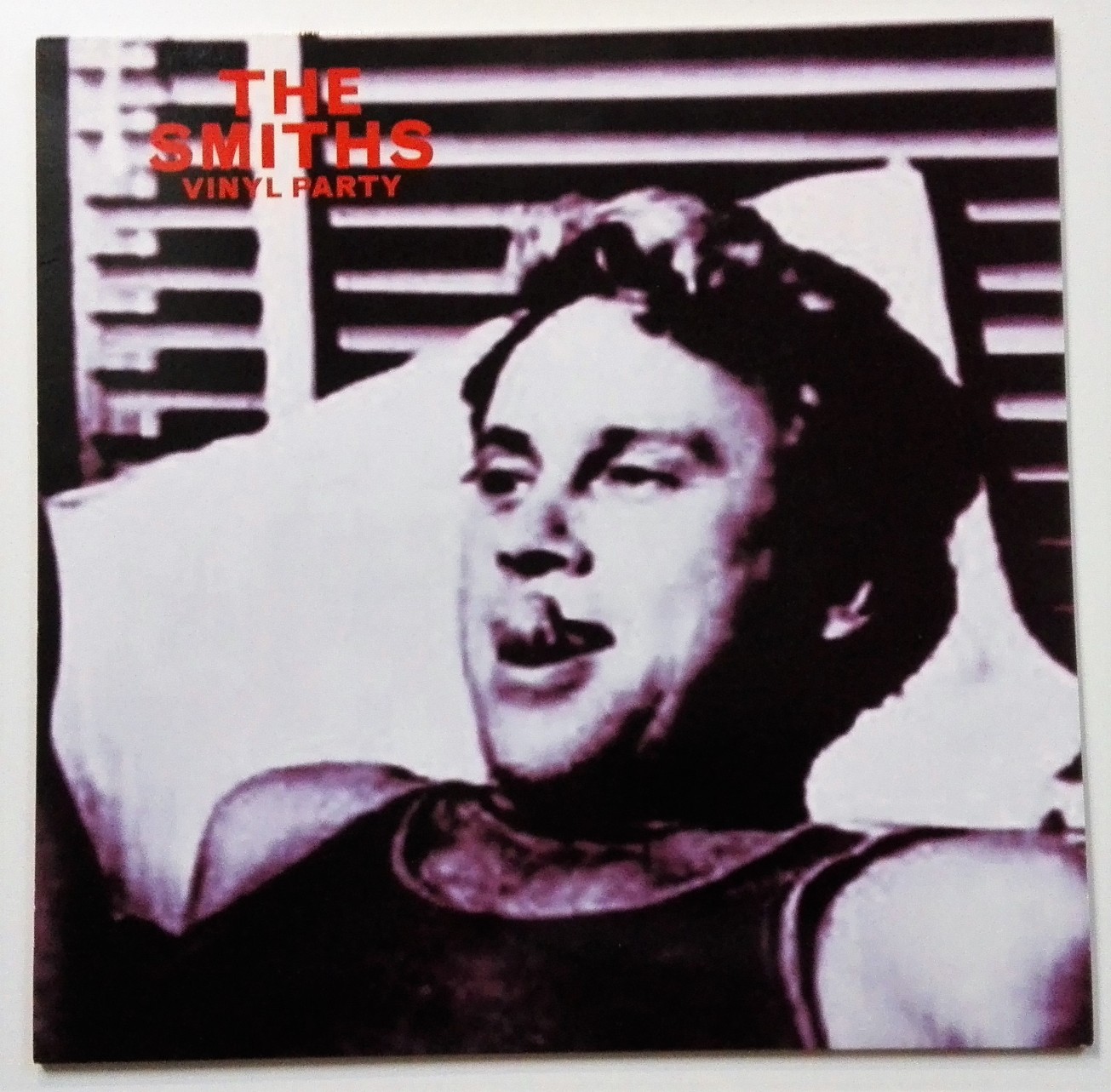 Back cover of the Smiths bootleg album ‘Vinyl party’. 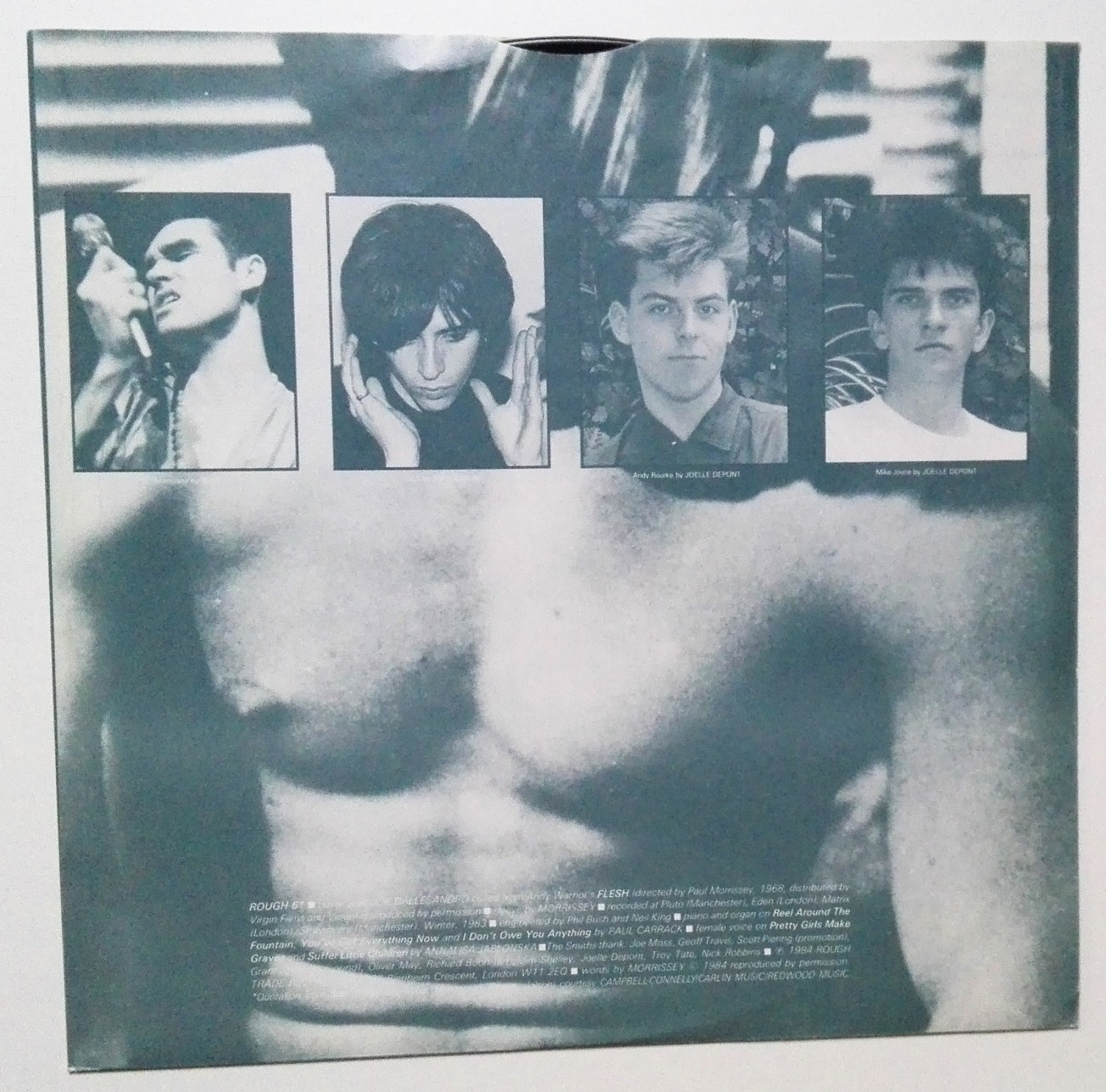 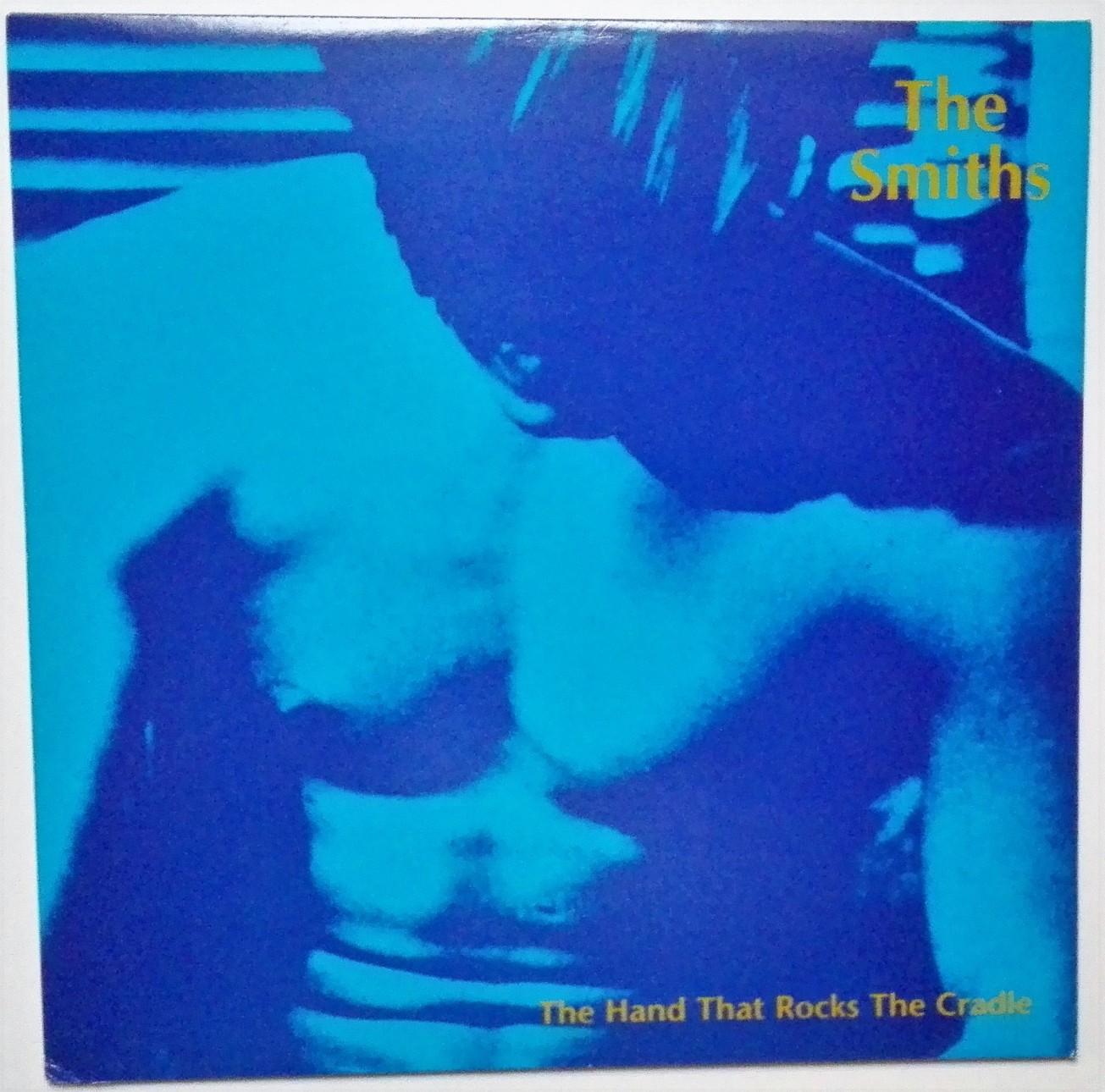 Bootleg from 2008 with early versions of the songs on The Smiths’ debut album.

Morrissey and The Smiths were very consistent in not having a picture of the band on album covers, instead they used movie scenes and pictures of Morrissey’s idols. This NME-webpage lists most covers and the stories behind them. The covers for the singles This Charming Man and What Difference Does It Make are among my favorites.

Cover for the single ‘This Charming Man’: a scene with Jean Marais in ‘Orphée’ directed by Jean Cocteau.

There are two versions for the single ‘What Difference Does It Make’: top one has a picture of Terence Stamp in William Wyler’s thriller  ‘The Collector’. Because Stamp at first did not give permission, the second cover below has a picture of singer Morrissey reenacting the scene, holding a glass of milk instead of a tissue with chloroform.