In the second week of June The Rolling Stones are going to officially rerelease their 1971 classic album Sticky Fingers, and all the songs will be played live during the Zip Code Tour in the US starting May 24. The album will be released in a wide variety of formats, and of course only the most expensive deluxe packages – with the original album, alternative versions of each track and a 1971 live gig in Leeds – will have a real zipper cover. Well, I’m a Warhol collector, not a Stones collector so luckily I do not feel obsessively obliged to buy all of these new editions. Although I’m very curious of course how they’ll all look like. With or without a working zipper.

In the meantime, to honor the new release, let’s have a look at some different  covers from the past that did NOT have a real working zipper, but rather a picture with a zipper, or other creative solutions. You’d think they would all make use of the same picture, worldwide, but that was clearly not the case. My favourite is a release from Greece which has the original Warhol picture, unmodified, with no zipper visible at all. It might even have been a pair of jeans with buttons, who knows. Pictures of this original session can be seen in the Warhol Live catalogue. 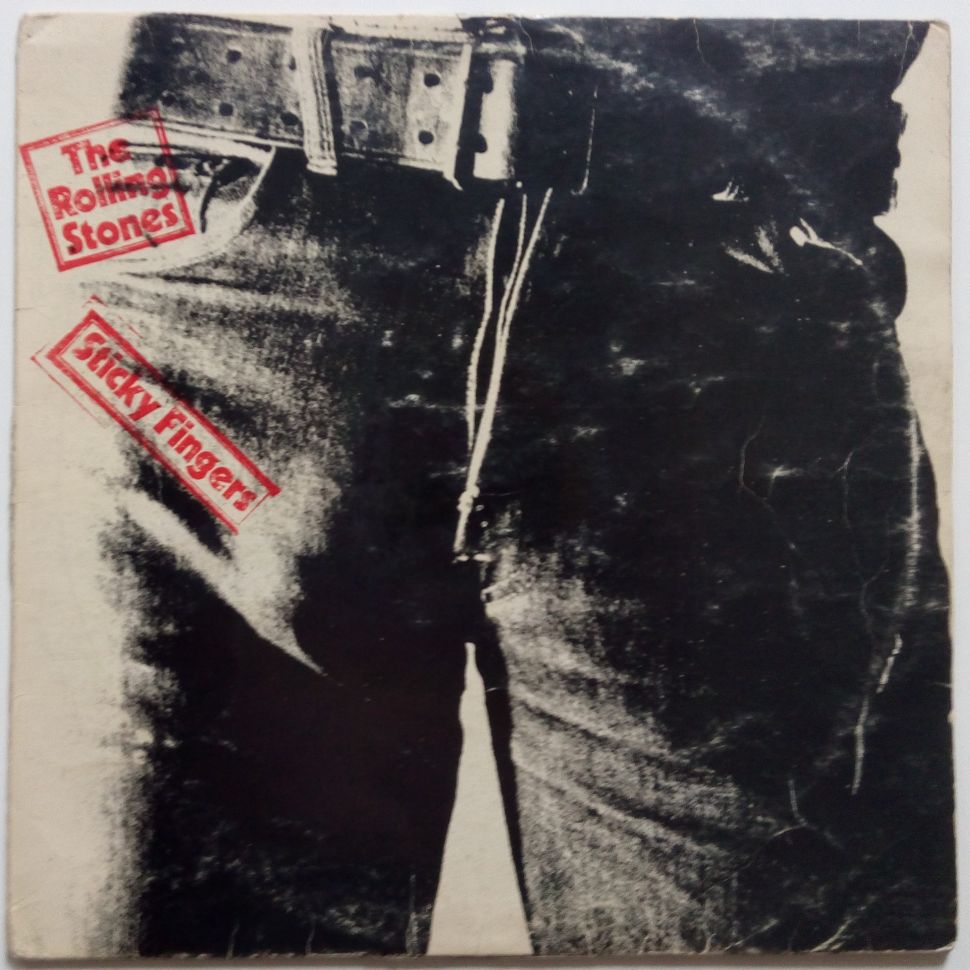 Greek release with no zipper at all: not a real one, not a printed one.

I guess most other versions are pictures taken of real zipper covers. I don’t really know what were the “Photoshop” possibilities in that era. Here are some different zipper picture covers. First one is from Mexico:

This cover from Australia has a die cut cover, you can open the fly and see the underwear picture, but there is no real zipper, it is a picture of a zipper: 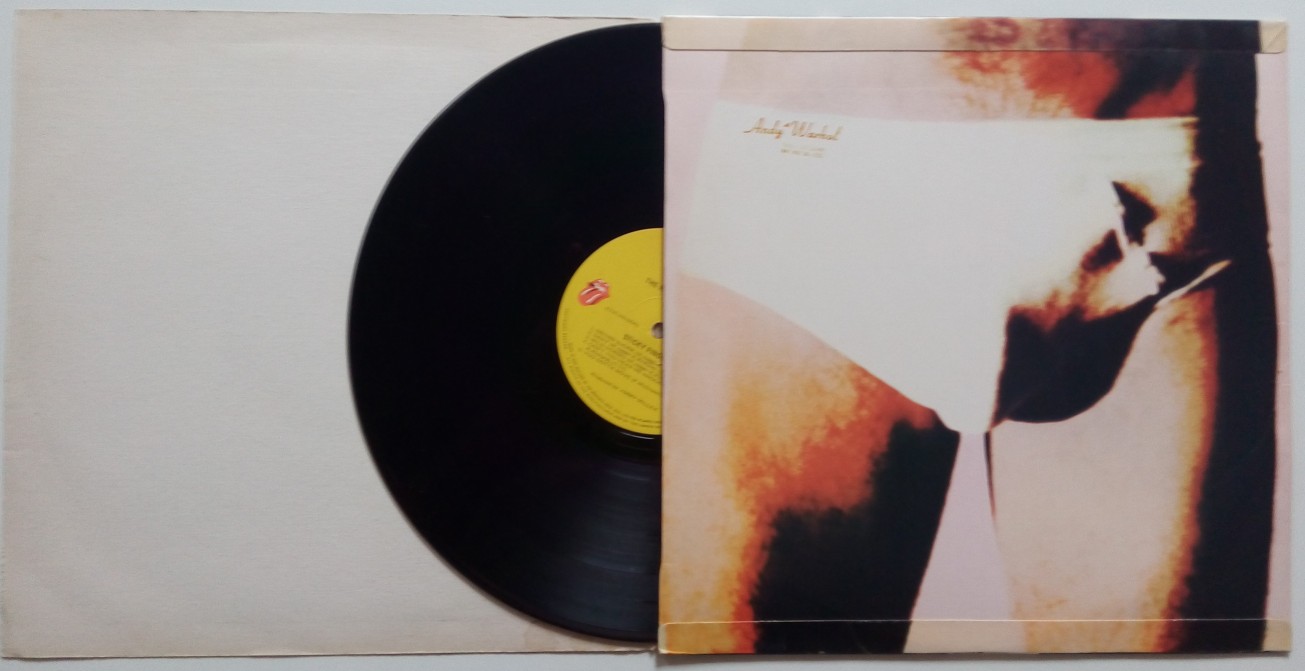 In Taiwan the LP was named Brown Sugar, and had a funnily drawn zipper. 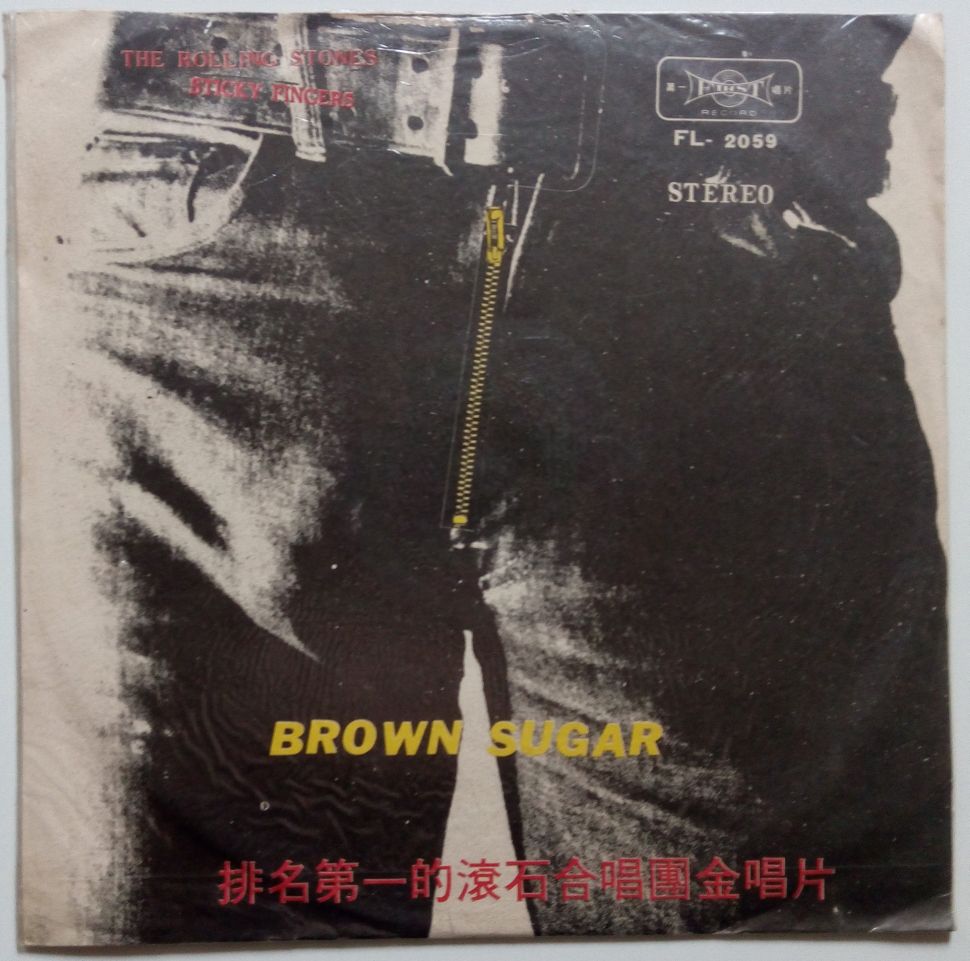 The MFSL release (Mobile Fidelity Sound Lab) had a non-working golden zipper in “bas-relief” pasted on the cover. 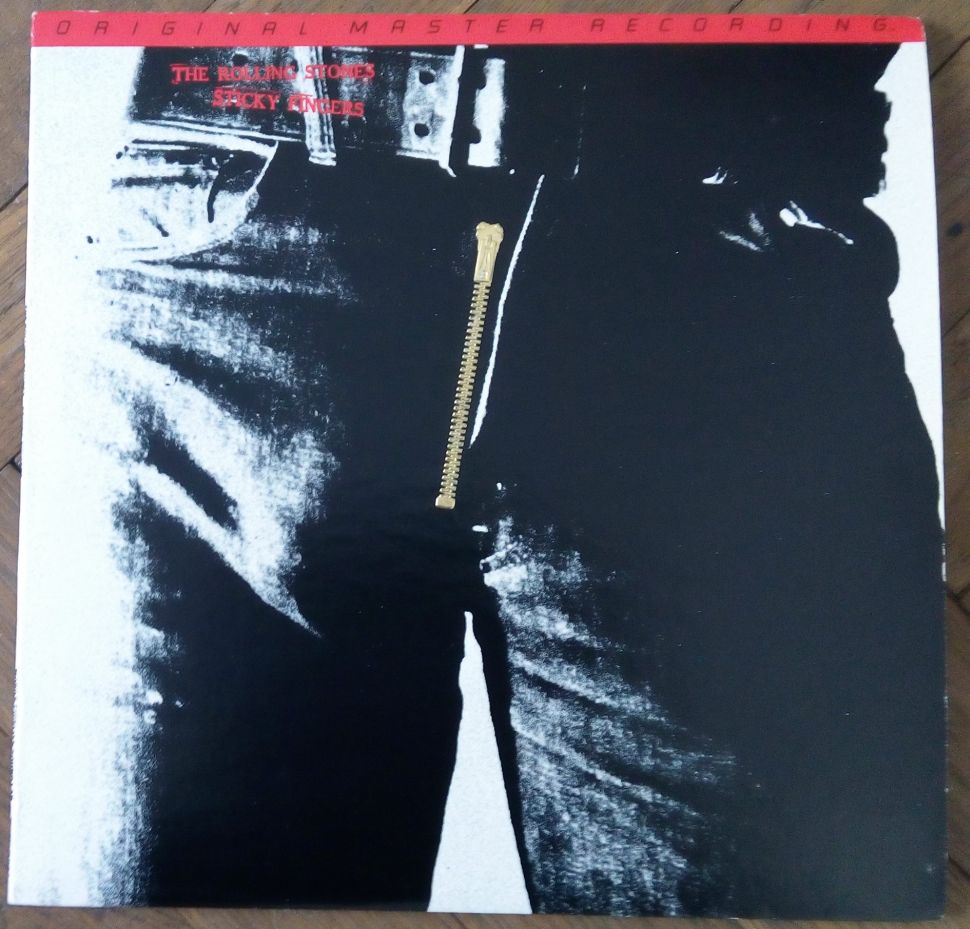 Finally a cd release from the 80ies.

Well this is what I have in my collection, there are a lot more versions out there!

4 thoughts on “Sticky Fingers: To Zip Or Not To Zip”