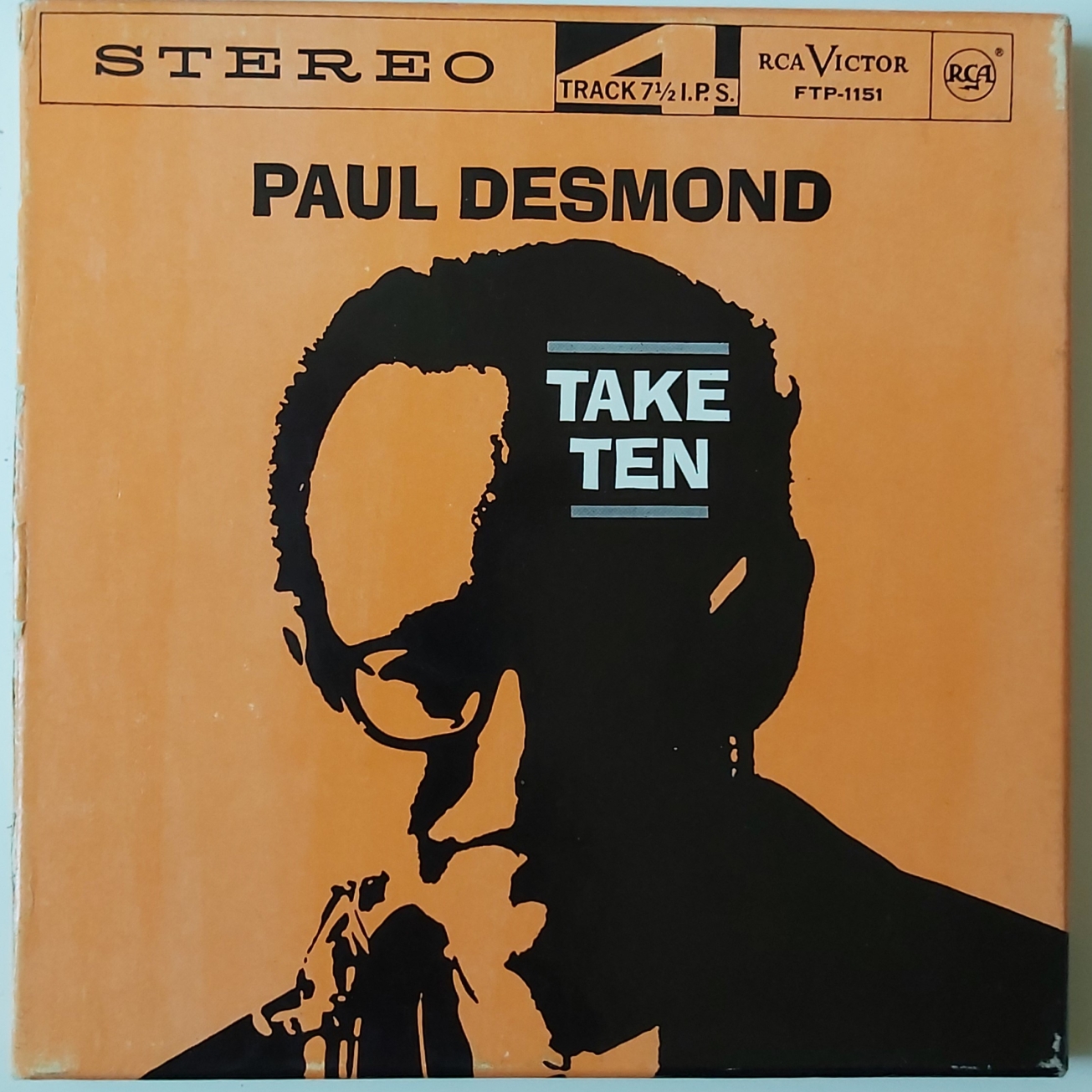 It has been more than a year since I last wrote on this blog, the last post being about my discovery of Andy Warhol’s involvement in the cover artwork design of Paul Desmond’s RCA jazz album Take Ten. So it’s about time to pick up where I left off.

During this way too long ‘time out’ – Brubeck-pun intended – I devoured all 960 pages of the brand new and brilliant biography Warhol, by the renowned art critic Blake Gopnik (whom I had the great pleasure of meeting in person a couple of times). I am tremendously happy and proud that the Paul Desmond-cover was important enough to be mentioned in Gopnik’s book. On page 268 he writes it might be the first Warhol silkscreen of a celebrity’s face:  “Silkscreening had first shown up in Warhol’s studio in April 1962, when he had done a record cover for RCA featuring a screened, high-contrast photo of the jazz musician Paul Desmond, which counts as the launchpad for all the hundreds of other silkscreened faces he went on to produce.” So, wow!

Still the question remains: why is it that the recordings for the Take Ten album were made more than a year (June 1963) after its cover art had been commissioned (April 1962)? A possible answer to that can be found in a remarkable note by the producer of Take Ten, George Avakian.

But first a little bit of history: since the early Fifties alto saxophone player Paul Desmond was a member of the very popular Dave Brubeck Quartet. In 1959, after touring in Europe and Eurasia – where they observed a lot of the local folk music – the quartet decided to record an experimental album with tunes in unusual time signatures. At first Columbia records was very reluctant to release the album, because they did not think the concept of the “odd rhythms” could work. Oh, how wrong they were! Time Out eventually became a million-seller, certainly after its re-release in 1961, as did the hit single Take Five, which was the only track from the album composed by Paul Desmond. The success of – and royalties for – Take Five made Desmond very happy indeed.

So it’s quite understandable Paul Desmond was dreaming of a continuation of the Take Five hype. But he of course had a very busy touring and recording schedule: in 1962 the Dave Brubeck Quartet recorded no less than 4 albums and went on tour (which resulted in the famous live albums at the Amsterdam Concertgebouw, and at the Carnegie Hall in New York) and in June of 1962 Paul Desmond recorded a duet album with baritone saxophonist Gerry Mulligan, Two Of A Mind. It will only be in June 1963 Desmond and his own quartet find the time to start recordings for the Take Ten album.

Back to George Avakian, the legendary producer and artist manager – most famous for signing Miles Davis and Dave Brubeck to the Columbia label. He later worked for the RCA Victor label, where he recorded five albums with Paul Desmond, accompanied by guitar player Jim Hall – Desmond had a gentleman’s agreement with Dave Brubeck that he would not work with another pianist.

In the Digital Collections of the New York Library, you can find in the section George Avakian and Anahid Ajemian papers a very interesting production note dated November 26, 1962, to Ben Rosner,  A&R executive at RCA records. The note is “a rundown on immediate plans with the artists I will work with”, including among others: Paul Desmond, Sonny Rollins, Jon Hendricks and Gary Burton.

This is the paragraph about Paul Desmond, and more specificly his planned album Take Ten:

“PAUL DESMOND – He will be back from Europe in about two weeks and will start working on the “Take Ten” album. (Color separations have already been made for this cover.) The idea here is to try to get a single that will be called “Take Ten”. He has two compositions written, either of which could be given that title. (There is no problem with Brubeck about the title.) The album will continue the odd-rhythm idea, using about 12 musicians including several unusual percussion instruments. Some experimentation will go on at the first date to determine how to use them.”

So, let’s have a closer look at this. In November 1962, George Avakian wrote that:

1. An album has been planned, but not yet recorded, with the obviously commercial title Take Ten.

3. Also a single titled Take Ten has been planned, but it is not clear yet which tune will get that title! (So Desmond clearly had already written some of the tunes, and even two were contenders to carry the much desired commercial title!)

4. Dave Brubeck is okay with the title.

5. The album will continue the odd-rhythm idea. (Not much so, though: the title track Take Ten is in 5/4, just like Take Five was, four other tunes are bossa novas, the Brasil jazz style that was getting increasingly popular in those days.)

6. There will be around 12 musicians and a lot of unusual percussion instruments. (Did not happen, in the end:  the album was recorded with a quite classic quartet: Paul Desmond (alto saxophone), Jim Hall (guitar), Connie Kay (drums), and on bass: Gene Wright on Take Ten,  Gene Cherico, on all other tracks.)

All in all, this is absolutely an interesting behind-the-scenes-look at the creation of this jazz album.

Despite this careful planning, long in advance, the Take Ten album did not enjoy the enormous sales of Brubeck’s Time Out. Desmond was notoriously unhappy with the low sales and promotion RCA gave his albums in general. In an interview with Jean-Louis Ginibre, editor-in-chief of the French Jazz Magazine, Desmond said:

Translation: “I recorded six albums for RCA Victor, but no one noticed. They didn’t do any publicity! My favorite is Take Ten. I think it’s a good record, but no one has ever heard it. My contract with Victor has recently ended, and I think I will be able to sign with another label soon. ”
Note: That ‘other label’ was A&M records.

In the same interview Desmond also states that he himself prefers the Take Ten tune to Take Five, but of course he can’t ignore the fact that it was the latter composition that has brought in the cash.