Why should I just write about the how and why of Billy Squier’s Warhol portraits on the cover of his 1982 hit album Emotions In Motion, when we can hear it from the rocker himself. This is Billy Squier in an interview on “Rolling Stone Magazine Rock Revue”, aired in the week of May 17, 1982:

Various 7 inch covers for the hit singles Emotions In Motion and Everybody Wants You. 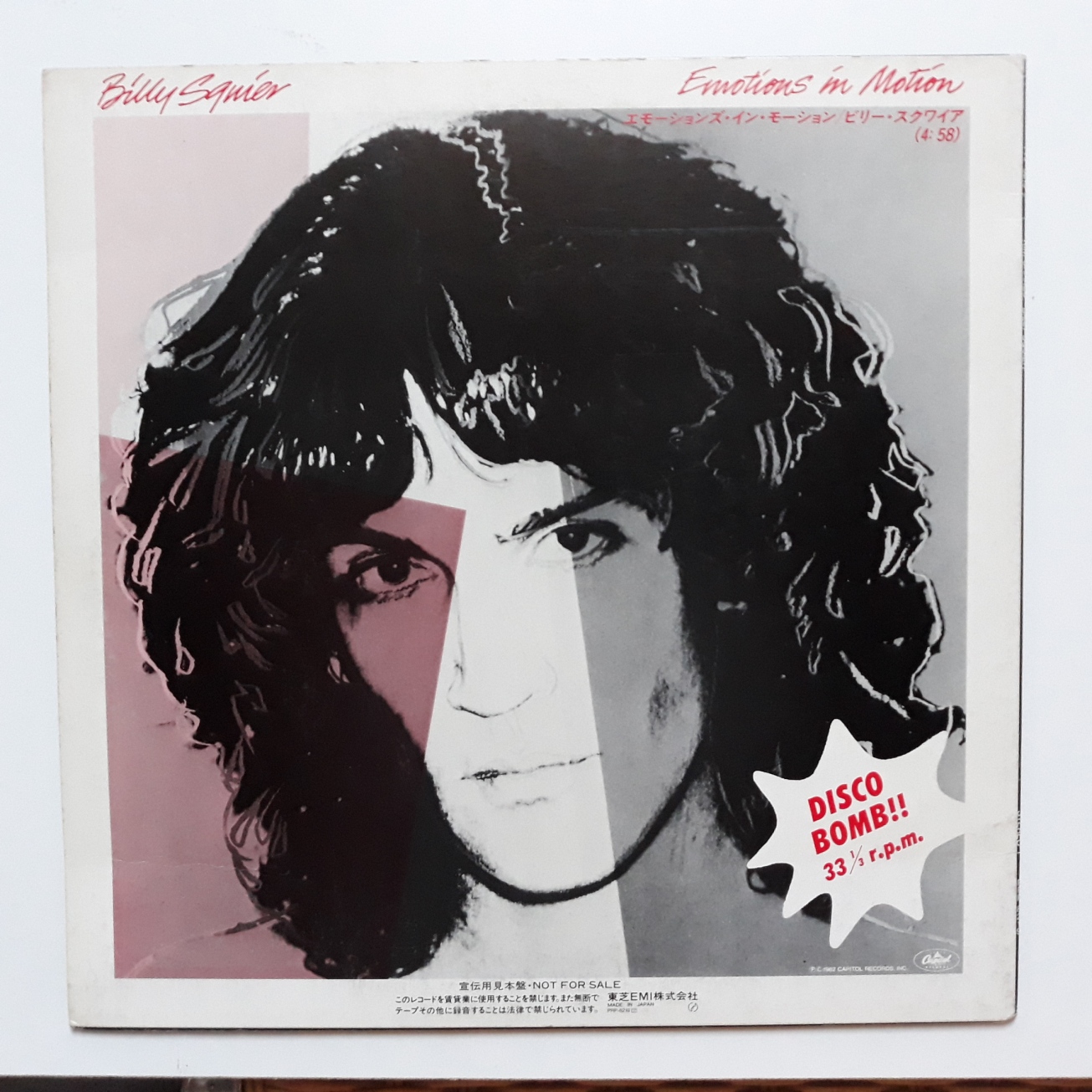 Japanese 12 inch promo only DJ single of Emotions In Motion. DISCO BOMB!! Other side of the record is Voyeur by Kim Carnes.

In the late 80’ies photographer Timothy Hursley has made a truly brilliant series about Warhol’s last Factory address, on 34th and Madison. Most of the pictures are of the interiors, but some also feature Warhol, Fred Hughes, Vincent Fremont, Keith Haring, Bianca Jagger and others at the Factory. The series can be found on Hursley’s website.

Reason I mention this here, is a picture in which you can see Warhol had framed copies of Diana Ross’s Silk Electric and Billy Squier’s Emotions In Motion, two albums for which he created cover portraits. Judging from the colors, a golden record for Diana Ross, and platinum for Billy Squier. 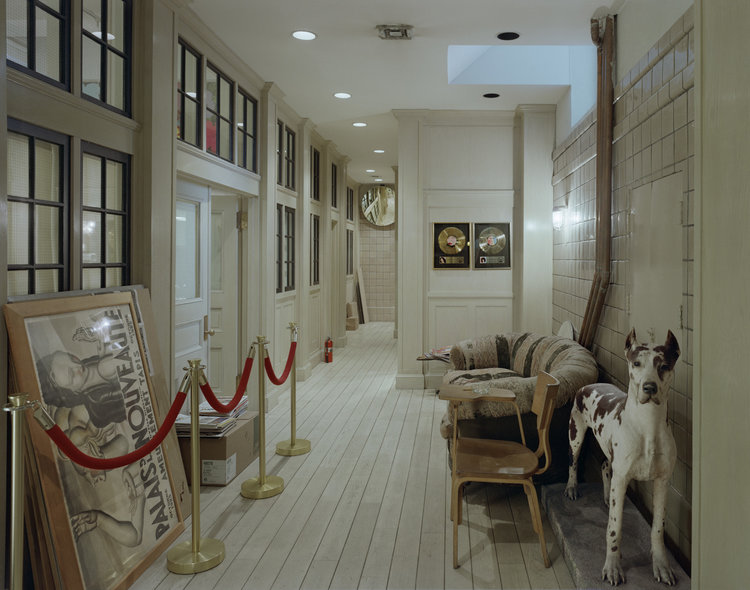 A bit off topic, but too funny not to mention: Warhol bought the stuffed Great Dane from an antiques dealer, who claimed that the dog once had belonged to the legendary movie director Cecil B. DeMille. Although there seems to be no confirmation of this story, Andy for one chose to believe it, and named the beast Cecil. The impressive dog can still be admired at The Warhol Museum in Pittsburgh. In fact this particular Great Dane during its short lifetime was a famous price winning dog named Ador Tipp Topp, born in Germany in 1921, and died in 1930. You can read the full story here.