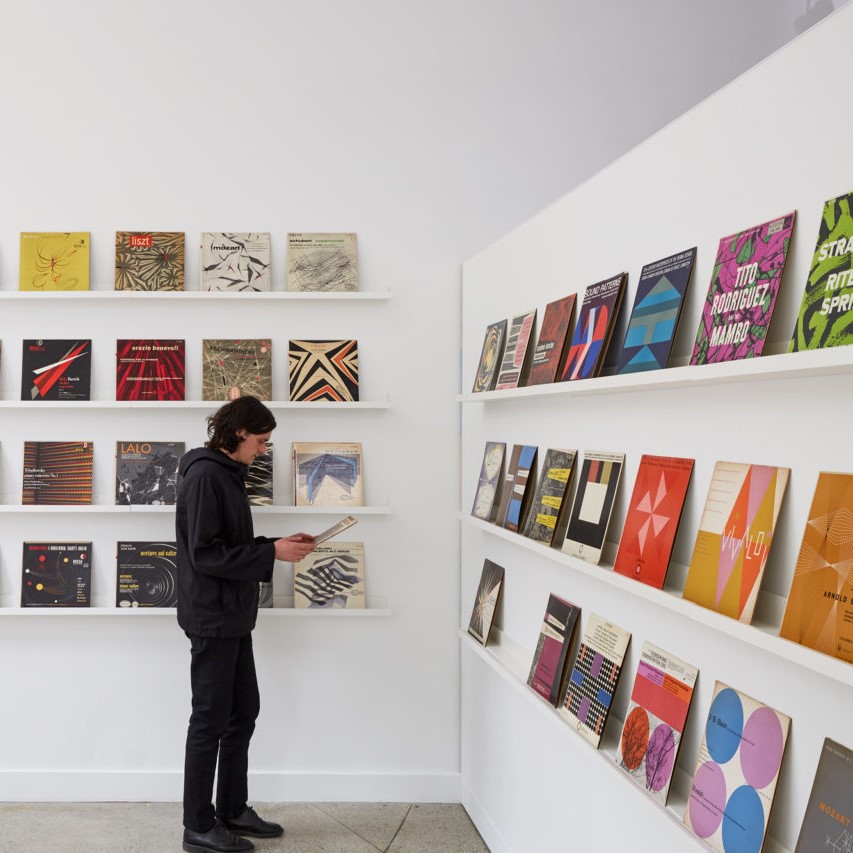 Exhibitions of record cover art are hot nowadays, and deservedly so. There are three shows I want to highlight in this post. (And one day I hope I can write about a show of my own Warhol cover collection).

First one is called The Shape of Sound, 20 designers, 100 record covers at Non-Breaking Space in Seattle, WA. No Andy Warhol here,  but a beautiful “survey of 100 geometric abstract record sleeves by 20 mid-century designers” like Erik Nitsche, A.F. Arnold, Alvin Lustig, S. Neil Fujita, Josef Albers, Saul Bass or George Giusti, to name a few. All covers are from the huge collection of graphic designer and researcher Scott Lindberg, who is curator of this exhibition. Runs until July 18th.

Installation view of The Shape of Sound at Non-Breaking Space, Seattle.

Until September 8th you can go to the exhibition Warhol 1968 at the Moderna Museet in Malmö, Sweden. This show was created a year ago in Stockholm, to commemorate the 50th anniversary of the iconic 1968 Warhol exhibition at the Moderna Museet. Still famous for the gorgeous catalogue it has produced, and for the fake Brillo box scandals.

What makes this Malmö edition even more interesting than Stockholm last year, is the fact that now fellow collector Richard Forrest’s complete Warhol cover collection is on view.

Richard Forrest in front of his cover collection during the set up of the exhibition.

The Moderna Museet at Malmö, Sweden.

And last but not least is the forthcoming exhibition For the Record: Artists on Vinyl at The Cranbrook Museum in Bloomfield Hills, Michigan. It will run from July 13th, until next year April 19th. After the huge success of Warhol On Vinyl at the Cranbrook five years ago, collector Frank M. Edwards now offers a glimpse of his huge collection of records with cover designs by world famous artists: Banksy, Jean-Michel Basquiat, Salvador Dalí, Keith Haring, Roy Lichtenstein, Yoko Ono, Robert Rauschenberg, Frank Stella, Andy Warhol, among many others. But not just covers, also records on which visual artists use audio recording as a medium of expression. Highly recommended! 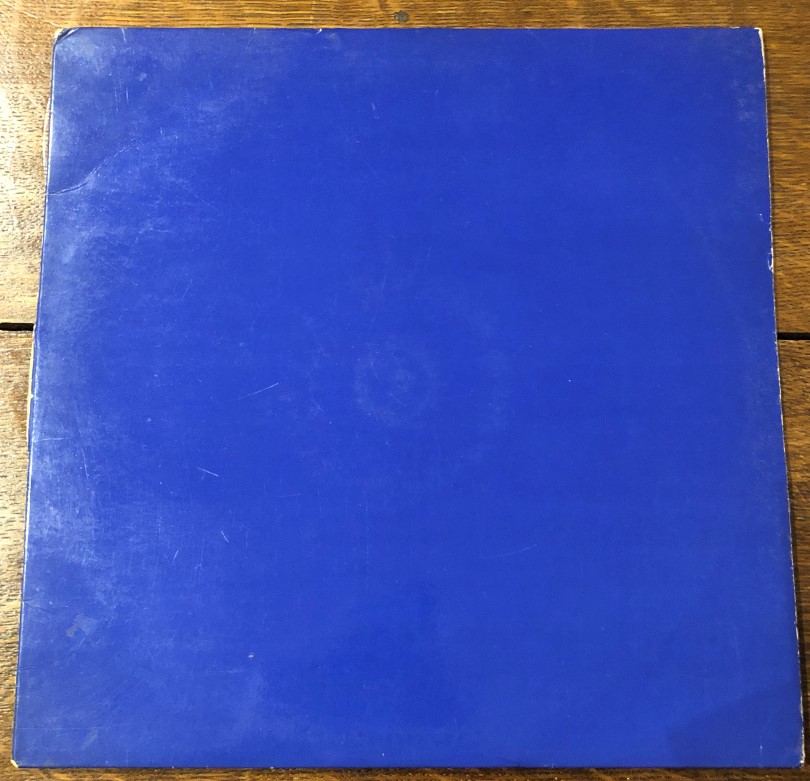 From the collection of Frank Edwards: Yves Klein, Conférence à la Sorbonne, 3 Juin 1959. Rare LP in an edition of 500, numbered. 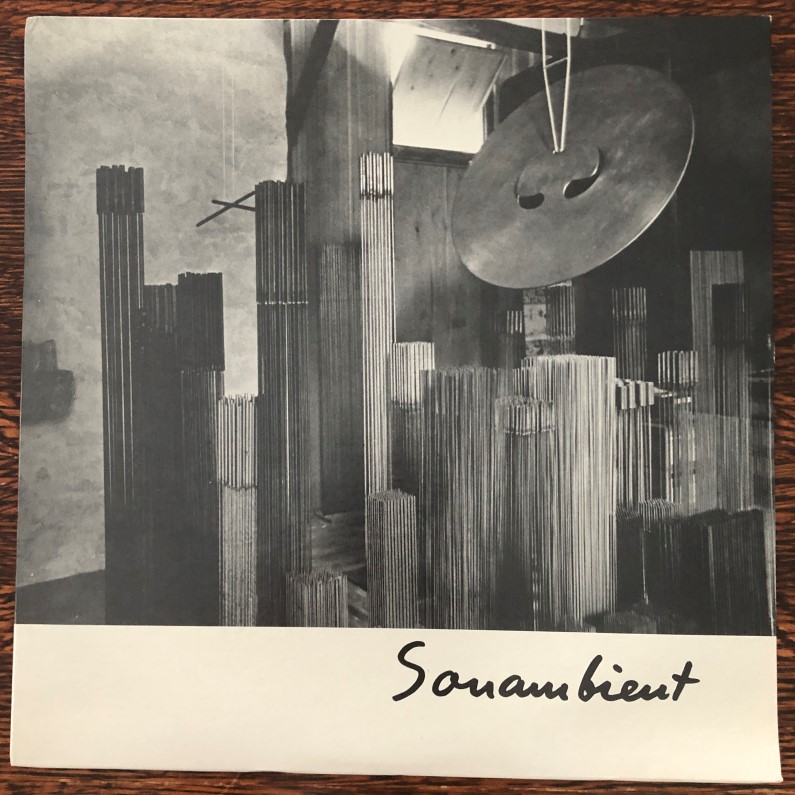 From the collection of Frank Edwards: album from the Sonambient series by the American artist, furniture designer and ‘sound sculptor’ Harry Bertoia.

Adventures in collecting "modern jazz": the classical music of America from the Fifties and Sixties, and a little Seventies, on original vinyl, on a budget, from England. And writing about it, since 2011. Travelling a little wider nowadays, and at lower cost