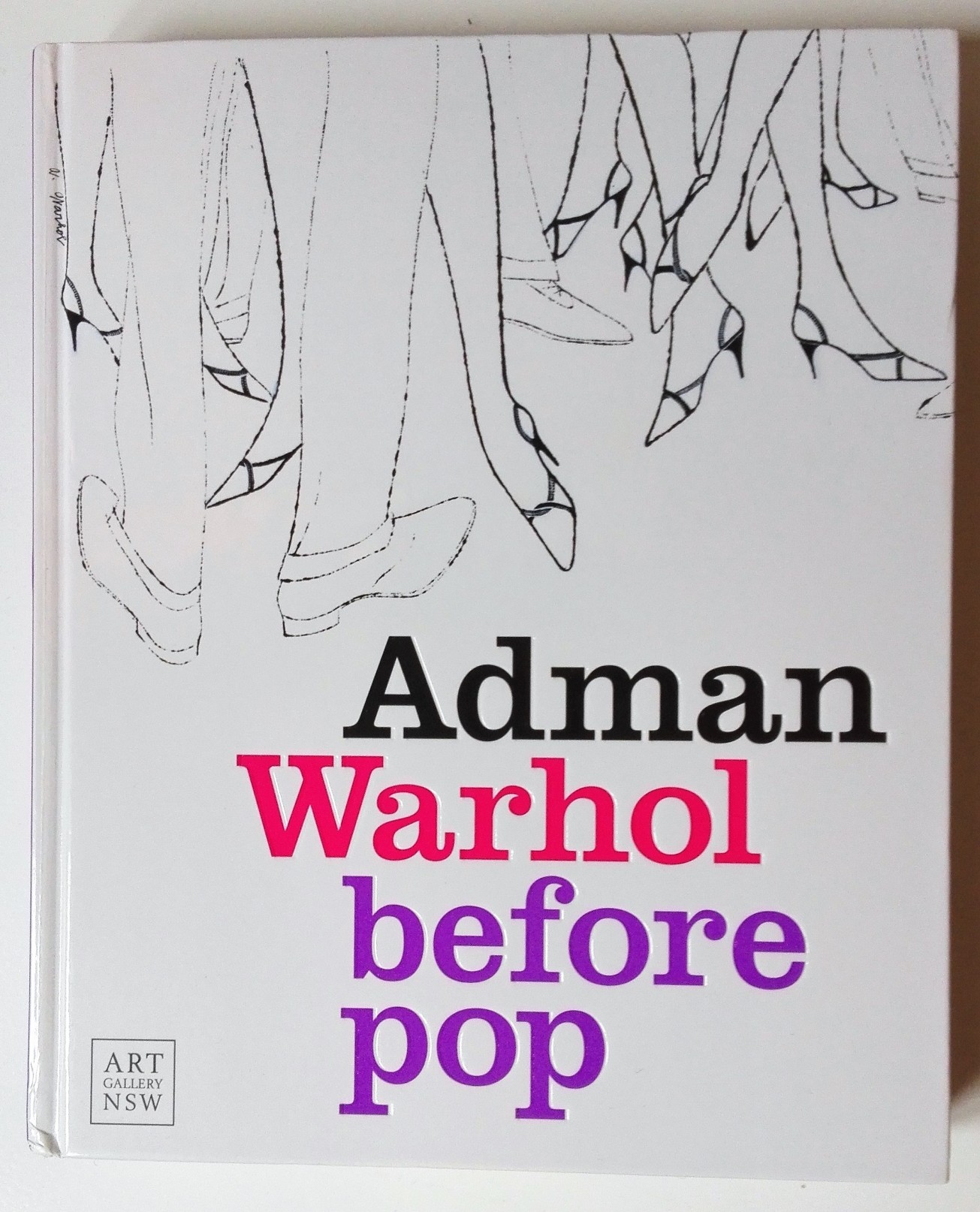 Catalogue for ‘Adman: Warhol Before Pop’. Worth every penny!

The must-see exhibition Adman: Warhol Before Pop lands in Pittsburgh’s Andy Warhol Museum on April 27th. This show was created in Australia in the Spring of 2017, by the Art Gallery of New South Wales in partnership with The Warhol. My hope is that it will eventually reach Europe too.

The name says it all: this exhibition focusses on Warhol’s early career in the 1950’ies as an illustrator and ‘ad man’. There are hundreds of pieces to be seen, including complete reconstructions of window displays Warhol made for famous fashion brands and shops. The 245 pages catalogue published by the Art Gallery NSW is richly illustrated, and shows that there are also a lot of goodies for record cover lovers to be seen at the exhibition.

Not in the least this one: a printing proof for the cover of a box of EP’s with fragments (or a complete show) of the NBC radio news show Voices and Events that was broadcast in 1949 and early Fifties. This would probably be a promotional box like the one for Night Beat. But it is not known yet if the Voices and Events records actually have been issued or not. Anyway, fellow collector and Warhol enthousiast Richard Forrest immediately got to work and created a facsimile of the (empty) box.

The facsimile ‘Voices And Event’ EP-box created by Richard Forrest.

Next to the proof for the Voices and Events box, there is also an ad for NBC radio in the exhibition. Warhol has made illustrations for even 10 more radio shows, it seems, including the Joe Di Maggio Show. I particularly like the drawing for crime series The Big Guy.

Other great items regarding record cover art in the exhibition include:

Original drawing for A Nation’s Nightmare 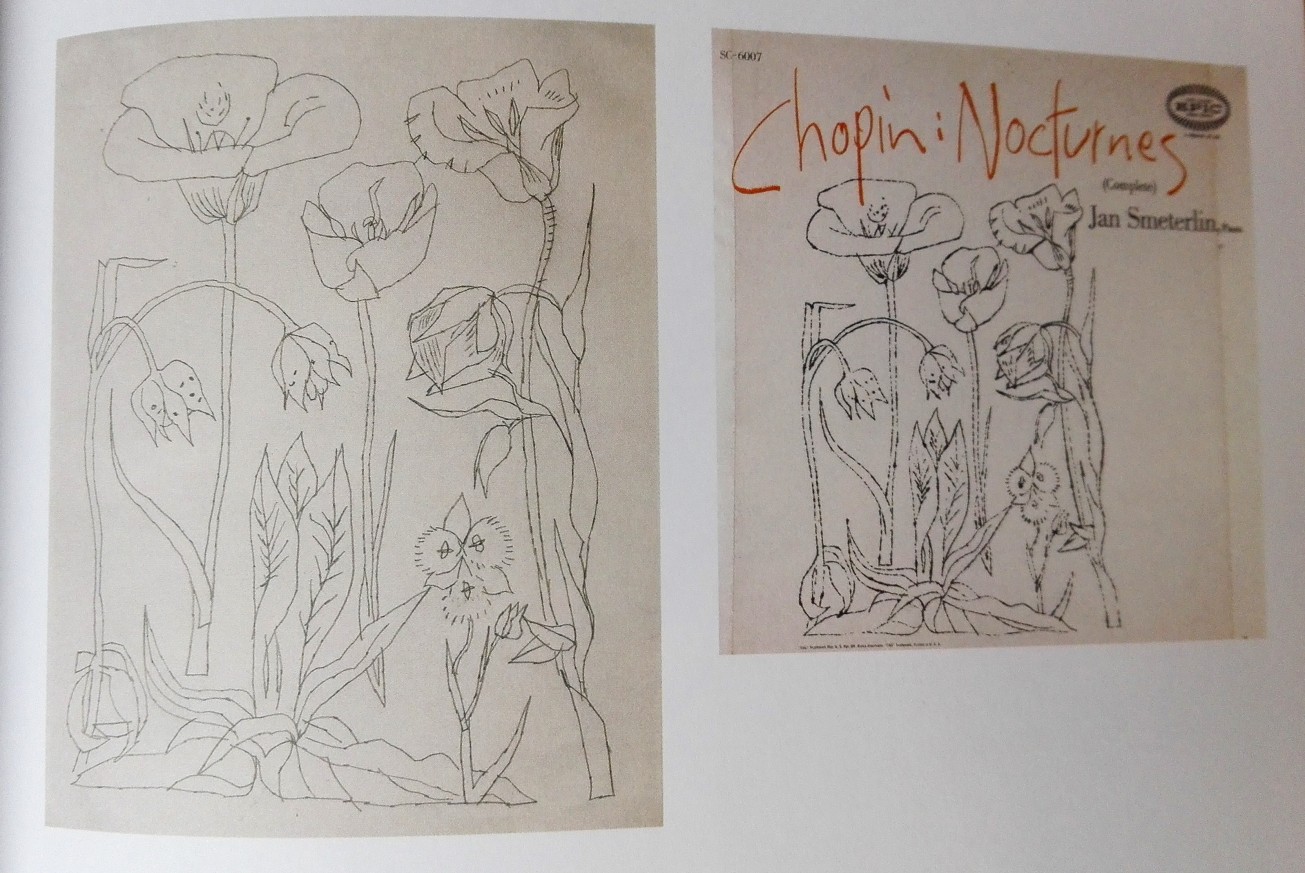 And the cherry on the cake, yet another beautiful version for the Billie Holiday Volume 3 cover.

7 thoughts on “‘Adman’ exhibition at The Warhol”